By LRU Writer | On: August 05, 2019
WWE superstar Kacy Catanzaro, age..., first rose into prominence after being the first woman to qualify...Her split with ex-boyfriend Brent Steffensen ...Kacy, who has a reported net worth of $500 thousand, first showed off her new boyfriend...a possible husband-wife status upgrade was on the...that Kacy and her boyfriend, Dave are looking forward to married life as... 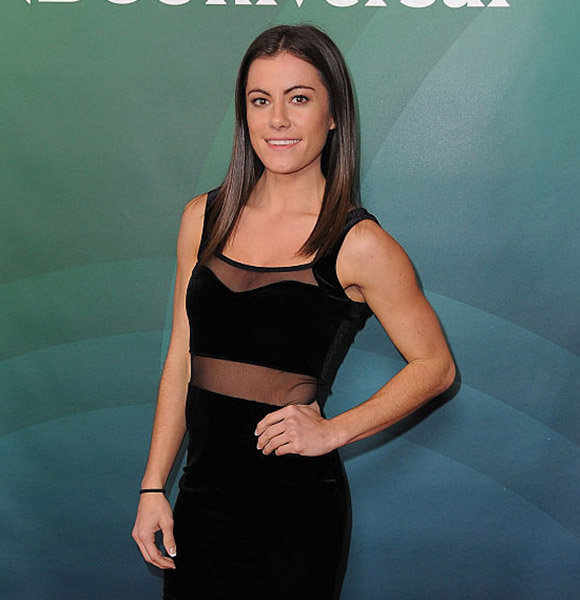 WWE superstar Kacy Catanzaro, age 29, first rose into prominence after being the first woman to qualify for the finals of the NBC hit reality obstacle course series American Ninja Warrior. Recognizing her burgeoning popularity, WWE decided to sign her to the famed wrestling entity in 2018.

Since her first TV gig, the New Jersey native has gone on to amass a huge following, who are constantly all up on her personal life. Her split with ex-boyfriend Brent Steffensen was a public affair, however, she is making her new dating life cuter as per her social media!

Husband That Couldn't Be: Brent Steffensen

Kacy’s decision to mix business with pleasure didn’t bode well for her!

The Towson University alum, who was nicknamed Mighty Kacy by fellow American Ninja Warrior contestants, began dating fellow contestant and her then-boyfriend, Brent Steffensen shortly after debuting in the fifth edition of the popular NBC reality show in 2013.

Her ex-boyfriend, Brent, age 38, is a stuntman as well, with credits on movies including After Earth, and Maze Runner: The Scorch Trials.

Back when the pair were still dating, Kacy and her then-boyfriend, Brent competed in numerous obstacles courses. However, they didn't let their work ethic disrupt their budding love. Kacy - who is of 5 feet (152.4 cm) in height - and Brent could be pictured enjoying dates every now and again. All things pointed towards Kacy and Brent making it as a married couple in the near future. It was a match made in heaven. Their relationship seemed poised to go the long way; a possible husband-wife status upgrade was on the horizon.

Alas, it wasn’t meant to be. In June of 2016, the news outlet Vulture broke the news that Brent and the WWE superstar had called it quits. Speaking to Rachel Sugar of Vulture, Kacy’s former muse asserted that the ex-flamed would remains friends following the disintegration of their relationship. He quipped:

“Just because we’re not a couple anymore doesn’t mean we aren’t a team.”

The WWE superstar took some time off from boyfriends and possible husband before she dived back into the dating scene.

2017 marked the beginning of a new era for the Towson University alum. For one thing, she announced that she was retiring from American Ninja Warrior for good and therefore, leave the ghost of her relationship with Brent Steffensen behind her.

Not only did WWE approach her about a possible venture in 2017, but she was swept her off her feet by a fella named Dave Reid III.

Discover:- MSNBC's Nicolle Wallace Keeps Her Husband Out In Shadows But Not Her Son! The pair became inseparable since then. Kacy and her new boyfriend, Dave even celebrated the latter birthday together. She took to her Twitter to share the picture of the two with the caption:

“Happy birthday to this wonderful man I love adventuring through life with you!

I'm so happy you were born! @davereidiii”

What had started off as a friendship turned into a full-fledged relationship -- with the pair shopping the treats for their dog. Could the co-ownership of a dog lead Kacy and her boyfriend, Dave to look forward to getting pronounced as a husband and wife?

Kacy moved on with her new boyfriend Ricochet in 2018. The pair met at WWE as her boyfriend also joined the reputed organization during the same time as Kacy.

The wrestlers had an instant attraction which led to their dating relationship. The romance was far from a fling as after just after months of dating, Ricochet took Kacy to meet his parents and extended family in Christmas 2018. According to Ricochet, his family was super excited to meet Kacy as they were her fan as a wrestling star. Thus, it was a moment of joy for the American Ninja Warrior star’s boyfriend’s family.

It seems the things went extremely well for Kacey with her beau’s family. It can be predicted because after the family meets and greet, the WWE stars’ relationship is stronger than ever. The couple gives major relationship goals and flaunts their love regularly on Instagram.