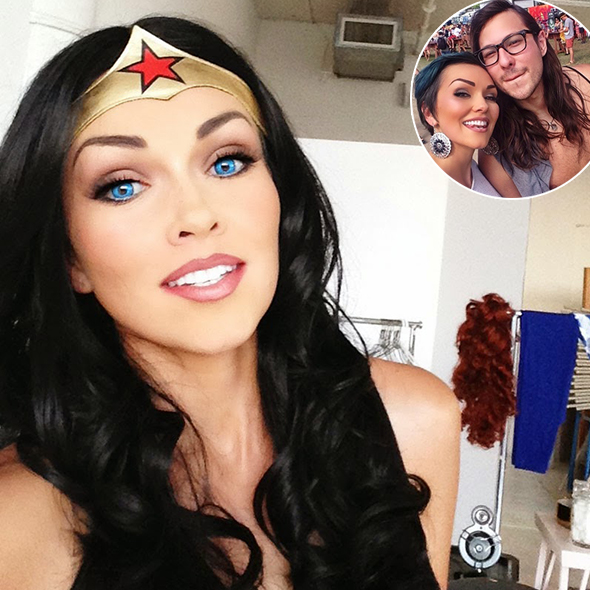 The sensationally gorgeous and talented Kandee Johnson is one of those people who has gone through the tragedy of a broken marriage but still found love with her boyfriend.

Married twice, Kandee can make you believe that no matter what the situation is, you can find love again.

YouTuber Kandee, who is best for her flawless makeup tutorials, is a single mother of four kids. Kandee has talked about her tumbling marriages on her personal blog and shared her feelings as she felt her dream was over.

Kandee revealed that she married twice and had her first child at the age of eighteen. However, Kandee didn't mention the names of any of her ex-husbands.

Talking about her first marriage on her blog, she wrote-

“I dreamed of being an actress or fashion designer. I get married at 17 find out I'm pregnant right before I turn 18....everyone tells me my future is over, now I'll never work in the movie biz!I spend 2 years just taking care of my baby, but I'm in a verbally abusive and controlling marriage.”

Later, she returned to her home with her son. She also confessed how hard it was for her to raise her son, work, and pay for his daycare expenses. Likewise, she talked about her second marriage where she said-

“I meet a guy...we get married, I'm pregnant again. (Now I really think things are over.) I work on photoshoots and tv shows doing make-up, all the way until I'm 8 months pregnant, and get offered to travel with the tv show, but I can't because I was due with my baby girl! This marriage is not good either, we hardly knew each other when we got married. Right when we are talking about getting divorced....I find out I'm pregnant again! Oh brother! Now I'm really done with!!I had a photo shoot for VANS shoes when my son was 10 weeks old...”

However, life has turned in a new direction for Kandee as she is now happily living her best life with her boyfriend- Ian Ford, and her four kids- Jordan Johnson, Alani Johnson, Blake Johnson, and Ellie Johnson.

See Also: Rumored as Gay, Matt Gutman is Married? Who is His Wife? or Girlfriend, Dating?

Happier Than Ever With Her Boyfriend

Kandee and her boyfriend- Ian, are happier than ever, and we can clearly see that through both of their social media. The duo does not back away from expressing their love for each other to the world.

Likewise, Ian's Instagram also features pictures of Kandee continuously. On Mother's day 2021, Ian shared a picture collage with his mother along with Kandee and her mother. In the caption, he mentioned the three ladies as the most important women in his life. Ian expressed how he wouldn't be where he is today without these three amazing women.

According to their social media, it seems the two have been dating for almost two years now. Looking at their love for each other, fans cannot wait until the two finally take their relationship to another level and get married.

As of now, the two have not talked about getting engaged anytime soon. So guess we'll all have to wait until the good news finally comes around!!

Kandee's children have indeed welcomed their mother's boyfriend into their life with open arms. On Christmas 2020, the family of six enjoyed their time fullest with each other despite the pandemic. Kandee uploaded a happy picture with the entire family rocking their Christmas onesies and having an absolute blast while taking pictures. Kandee Johnson with Her Boyfriend and Children (Source: Instagram)

Ian also posted the same picture on his Instagram and stated how blessed he is to have them in his life: in his caption. He wrote-

"Merry Christmas from our little family to yours... I am beyond blessed to have found a woman who loves me fiercely and makes me feel like nobody ever has before. I love you and our little family, @kandeejohnson. You make my world feel complete."

What Happened to Kandee Johnson?

Johnson recently uploaded an informative YouTube video for her fans and well-wishers, where she explained her disappearance from social media, updated about her life, and touched on the topics explaining her health issues.

In the video, she also talks about how she cut her thumb and goes into the details of her first surgery. Moreover, she shared her experience and mental health.

With the star's return and recovering health, we cannot wait to update you guys more on her!