By LRU Writer | On: March 12, 2019
The unsavory remarks against Katie Fehlinger being 35-weeks pregnant with twins were beyond nasty...prematurely went to labor and gave birth to the twin daughters...batch of children was yet another milestone to her and her husband Steve...worked for Accuweather Inc for five years... 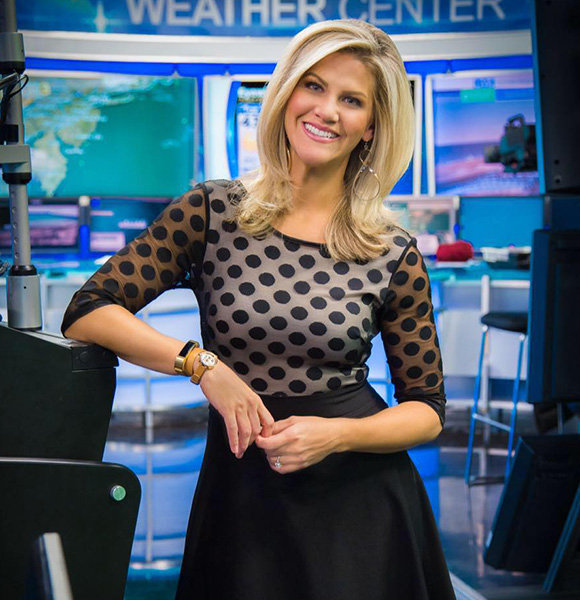 The Internet is a cruel place where even the most exuberant of news can turn into something grim -- on-air meteorologist Katie Fehlinger knows all about it.

In August 2015, the CBS3 personality was at the receiving end of unsolicited taunts online following her pregnancy reveal. Read along to learn more including her biography!

Bullied For Being Pregnant

The unsavory remarks against Katie being 35-weeks pregnant with twins were beyond nasty. While some reserved for the not-so-creative jibes such as "fat" and "disgusting," others went an extra mile to criticize her, calling her "a sausage in casing.

Anyone else would become disheartened with such comments, but not Katie. Responding to the criticism, she put out a defiant statement via Facebook. An excerpt read:-

“Even during the most uncomfortable – and let’s face it, less than glamorous – symptoms of pregnancy, what women go through to bring their precious children into the world is, simply put, AMAZING and you should be lauded. "

Further in her response, she asserted that delivering two healthy baby girls was her number one priority.

As fate would have it, Katie prematurely went to labor and gave birth to the twin daughters Parker Janice and Kaeden Faye in August 2015. Katie Fehlinger sit down for a family portrait alongside her husband, Steve and their children in 2017 (Photo:- Katie Fehlinger's Facebook)

Welcoming their first - and the only - batch of children was yet another milestone to her and her husband Steve, who were enjoying their third wedding anniversary. They had married in a beautiful ceremony in Jamaica in 2012.

Along with their children, Katie and her husband reside in Delaware County, Pennsylvania. As expected, they are equally involved in their kids' life -- Steve, more so than her, as he works from home.

The father of two is an ad strategist for Accuweather.

Not surprising though, Katie also worked for Accuweather Inc for five years as a forecaster. Starting with RNCN 4 in Pennsylvania, her broadcasting career saw her lend talents at networks including WLVT-TV, FOX News, FOX Business, ESPN and ABC.

Before joining the Eyewitness News morning crew in September 2011, she was the weekend morning news forecaster at WCBS New York.

Her experience coupled with popularity means that she's one of the highest paid personalities at the CBS3. With a reported salary that surpasses five-figure sum by ease, Katie's net worth looks all set to reach unprecedented heights.

Born in 1975, Katie of American nationality celebrates her birthday on 1st January every year.

A native of Lehigh Valley, the CBS3 on-air meteorologist - age 44 - stands no taller than five feet and eight inches (172 cm) in height. Her biography reveals that she attended Cedar Crest College after graduating from high school.

Besides being a graduate of Cedar in Communications, the mother of two possesses a BSc degree in Geo-Sciences from Mississippi State University.