By LRU Writer | On: February 01, 2019
Former President of the United States Tennis Association (USTA), Katrina Adams has always been looked upon as a source of inspiration to many due to her professional tennis career at a time when black ladies would rarely be seen involved in sports...Even after her retirement, Katrina contributed to the USTA serving as the first black President and CEO... 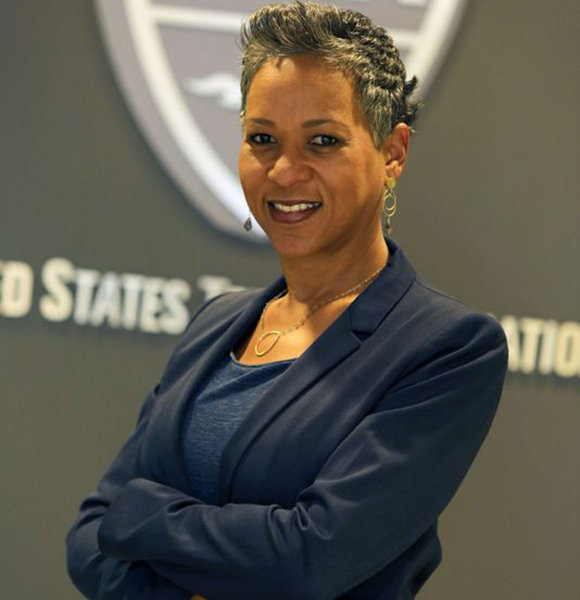 President and CEO of the United States Tennis Association (USTA), Katrina Adams has always been a source of inspiration to millions due to her professional tennis career at a time when black ladies would rarely get involved in sports.

Even after her retirement, Katrina contributed to the USTA serving as the first black President and CEO. While her resume is stuffed with accomplishments, the same may not be correct about her lovelife.

Katrina, although would like to be a mother someday, definitely doesn't show much interest in maintaining a relationship!

Married To Husband Or Single?; Has Many Children

Katrina's romantic life is an open book with many of its pages yet to be filled. Although she may have dated in the past, Katrina didn't find them worthy enough to be her husband.

Still unmarried at age 50, Katrina, however, assumes herself as a motherly figure. She even considers a woman without any children as a mother due to their tendency to nurture kids, who are not their offsprings.

Wishing herself on Mother's Day is an old habit of Katrina, as her view persists on seeing herself as a mother to not one but many children. However, in the absence of an active dating life or a husband, Katrina is yet to have any biological children of her own.

Despite not being married and leading a single life, Katrina - a strong woman - contributed much to tennis. But, her success would not be achieved if it was not for her parents, who supported Katrina in every stage of life.

The daughter of parents, James and Yvonne Adams, Katrina was raised in a middle-class family. Showing interest in tennis at the young age of six, she was soon playing the sport with older kids.

Despite her African-American ethnicity, Katrina never experienced the trauma of racism as she was always supported by her family and people of other races. And with support from all, The Chicago, Illinois native played 12 years of professional tennis during her career highs; she reached No. 8 in doubles and No. 67 in singles.

For You:- Garbine Muguruza Personal Life Amid Lesbian Talks, Who Is Boyfriend?

Throughout her career, Katrina won 20 doubles titles and became the winner of 182 singles game out of the 376 matches she played. For her contributions, Katrina has also been added to the Hall of Fame of Northwestern University. Katrina Adams in a tennis tournament in 1991 (Photo: Westchester Magazine)

After her retirement, Katrina, who stands at the height of 5 feet and 5 inches (1.65m), started working as a commentator on Tennis Channel and as a regular contributor on CBS Sports network's show, We Need To Talk.

In 2015, Katrina became the first African-African President and CEO of the United States Tennis Association (USTA) earning an average salary of $54,000. Although her net worth is yet to be disclosed, she won prizes worth $1,292,658 during her career, which undoubetedly enriched her net worth.