By LRU Writer | On: September 27, 2019
Keean Johnson went onto follow acting as his...acting director - spotted his capacity and motivated him to make a move to...he is a young success story whereas personally he has a perfect girlfriend in 37 year old...was known they had been dating each other for over one year and had separated for... 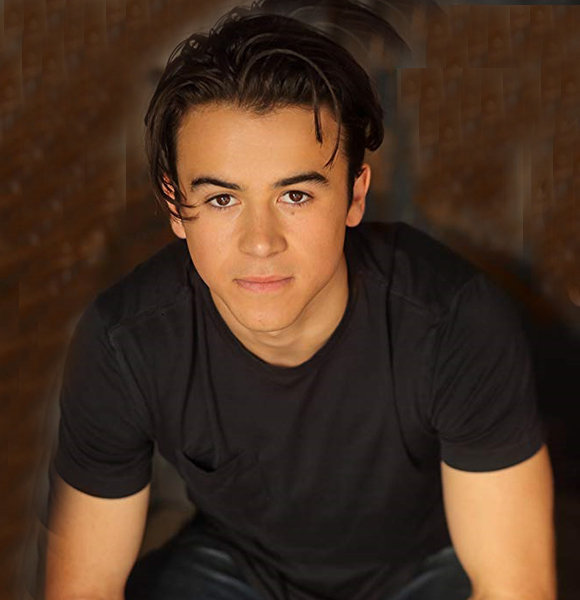 Balancing life between his passion for dance, music, photography, and acting, Keean Johnson went onto follow acting as his primary career.

With more than 300 Broadway shows to his name, the youngster made his move to Chicago in 2010 for his first major on-stage event. During the same, Claire Simon - acting director - spotted his capacity and motivated him to make a move to Los Angeles to study acting.

Doing the same, Keean landed his first significant role in the series Spooksville in 2013. Furthermore, he was nominated for Best Performance in TV Series by a Young Actor in 2014.

Keean Johnson is enjoying life, whether it be on the screen or off the screen. While he is a young success story, the actor also has a perfect girlfriend in 37-year-old Sofia Boutella, which takes the gay rumors out of the picture.

The love between the two actors surfaced in February 2019 when they attended the premiere of Alita: Battle Angel together. Later, it was known they had been dating each other for over one year and had even separated for a brief period. Keean Johnson and Sofia Boutella at West Hollywood in May 2019 (Photo: dailymail.com)

As of now, Keean and Sofia are back again, embracing their love. Despite a hectic work routine, the two often take out time to see each other. Similarly, the two were seen leaving a restaurant after a late-night dinner date in May. It seems the couple is earnest about their relationship though they have 15 years age gap between themselves.

Keean Johnson - age 22 - was born and raised in Denver, Colorado. His father boasts a Britsh accent, and his mother is an American. As a child, he was homeschooled most of his young age alongside a younger brother Cade.

At the age of five, Keean's dancer mother took him to a dancing class, but he was more inclined towards theatre. Soon, he moved out to Los Angeles to upgrade his acting knowledge and perform in films.

The 5 feet 7 inches (1.7m) kid from Colorado had a difficult time in the beginning. But, he gradually got picked for minor roles, and his Broadway acting also helped him a lot. Now, he is a recurring face in many hit movies and series.

Keean Johnson is on his way to stardom with upcoming movies like Midway, Emperor, and Cut Throat City.

Thought he is just starting his career with a handful of hit movies under his belt, his presence on the film set cannot be neglected. At such a young age, he has already shown promise of becoming a great actor shortly.

As far as the net worth is concerned, he takes home the pre-defined actor’s salary of $49,923. In addition to that, he amasses a considerable amount from acting roles in various movies which piles up to his ever-growing net worth.