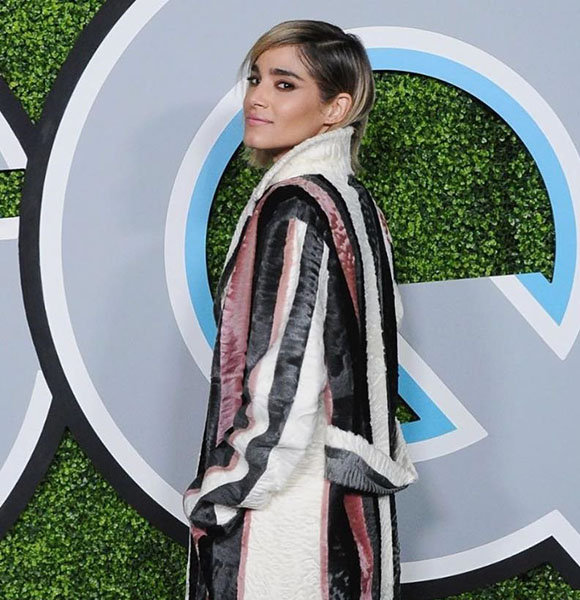 How many of us peasants can say, we have danced with Michael Jackson and Madonna, the most celebrated dance legends of the world? Well, Algerian born dancer Sofia Boutella can.

The dancer of 37 years of age first came into prominence when she got cast as the “Nike girl” in 2007 in Nike’s women advertisement. Her Nike gig led her to dance with Madonna in a concert tour along with starring in Michael Jackson’s last music video ‘Hollywood Tonight.’

Sofia also dipped her toes in acting; she portrayed the role of Princess Ahmanet in the movie The Mummy with Tom Cruise.

Who Is Sofia Boutella Dating?

Hollywood can be a tricky place for a relationship, sharing a life with someone while trading the unstable waters of the show biz is indeed challenging. But, the pretty actress seems to be doing well in her lovelife.

In 2008, Sofia famous for her titular role in StreetDance 2, dated singer-songwriter, Matt Pokora. Her personal life was under wraps for a long time, no news of her relationship status with Matt or any other individual surfaced. No any linkups with a female ruled out a lesbian romance.

However, in 2014 the actress of French nationality sparked dating rumors with her co-star from Jet Trash Irish actor, Robert Sheehan. The Irish actor eventually confirmed their romance in Feb 2015. With constant public appearances, the couple was busy spreading love in the air. Robert, a loving boyfriend, even would fly his passion down to the various location for a good time.

But, showbiz world got buzzed when Sofia and Star Trek actor Chris Pine went hand in hand in the Coachella music festival. This outing gloomed question over her relationship with Robert Sheehan, were they done?

Nevertheless, their fans rejoiced when the link up with the Star Trek actor turned out to be just a rumor.

However, the status of Sofia and Robert's relationship was still unclear. Alas! in no time, he eventually confirmed their break up, conveying they were still friends in 2018. Robert who supports gay equality said,

"We still love each other a lot. We still acknowledge that you know."

Sofia of French nationality need not worry. A beautiful and hardworking girl like her would surely find her match in Keean Johnson.

Sofia began dating Keean Johnson in early-2018. The lovebirds separated for a brief period, before rekindling their romance.

After keeping their love aloof from the public eye for almost a year, Sofia and her boyfriend came forth with their relationship. They debuted their romance at the Alita: Battle Angel premiere in LA on 5th February 2019. Back in January 2019, the duo had hinted a brewing bond by tagging each other the photos of Sofia covered in paint and color. Besides Alita: Battle Angel, Keean gets best recognized for roles on Nashville, The Fosters and Switched At Birth.

Sofia of height 5 feet 5 inches (1.65 m) was born to Safy Boutella. Her inclination towards creativity came from her father, Safy, a composer, and choreographer of Jazz music. Her father and architect mother moved to France with Sofia of age 10 when civil war broke in Algeria.

With her parents’ encouragement, Sofia of Algerian ethnicity started rhythmic gymnastics and eventually got selected for the French national Olympics team at the age of 18.

Her involvement in the game, and later in the entertainment world made her travel so much that The Kingsman actor of weight 54 kgs describes herself as a gypsy.

Always open to character acting, Sofia participated in a sensual lesbian sex scene alongside veteran actress Charlize Theron for the 2017 movie Atomic Blonde. With her convincing performance, she got stuck with a gay tag.