Kelli Giddish's Second Marriage with the Love of Her Life!! 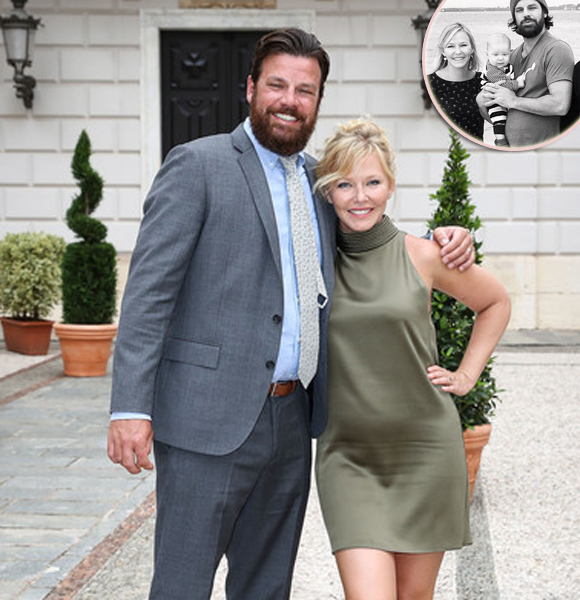 There are lists of celebrities who are successful in concealing their personal life. But while climbing up to the new height of their career, the personal front eventually grabs public attention.

Aren't you curious about her recent wedding with her husband and some other fascinating details? If your answer is yes, then keep reading!

Married twice, actor Kelli recently tied the nuptial knot on 11th November 2021, for the second time with her spouse. However, as the actor is known for her private nature, personal details about their romantic life are stored away from the media.

Giddish shared the news by uploading an adorable picture with her husband on their wedding captioning:

Happy beyond words to have met and married my love, my man, my sweet beau 11/7/21 #NOLA @botorious you are my light, and the most supreme step-father Ludo and Charlie could ask for. 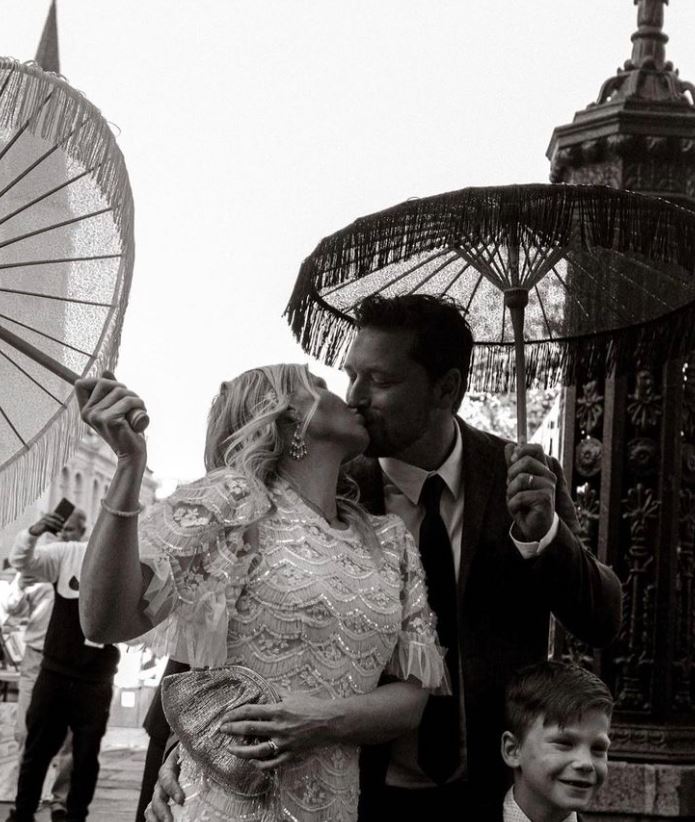 Talking about her past married life, popular for portraying the character of NYPD Detective Amanda Rollins in the NBC drama series Law & Order: Special Victims Unit (2011–present) got married to ex-partner Lawrence Faulborn on June 20, 2017, on an intimate ceremony in New Smyrna Beach, Fla.

Their wedding planner Paradise Beach Weddings reported Kelli’s wedding on their website, stating that they exchanged vows in front of 12 guests, including their family, in a rustic beachfront ceremony.

"Kelli, Larry, and their families were a joy to work with . . . and the wedding was gorgeous. The weather was amazing and privacy was great." The bride looked gorgeous in a V-neck gown and floral crown. She held a bouquet of bright yellow flowers while she stood tall with wedge espadrilles. On the other hand, Lawrence maintained a casual vibe at their wedding.

Moving on, Kelli announced her pregnancy in July 2015 and welcomed her first son Ludo Faulborn after some months in October 2015 and her second son Charlie Ralph Faulborn in 2018. Her famous co-star, Ice T was the first to reveal the news of the arrival of her first child “Ludo” on October 6, 2015.

He shared a picture of his wife Coco Austin, who was holding the newborn baby in a blue and white striped blanket while Kelli was looking at her smiling.

As the star's romantic life is extremely private, the reason for her divorce from her former husband is under the wraps as well.

Kelli's Son's Appearance In Her Show

In the year 2016, Kelli's Law & Order: SVU character changed a lot over time in the series. Kelli was pregnant at the start of season 17, and her pregnancy was well-written in the show.

In a phone interview with E! News in February 2016, Kelli revealed that her son would appear on the screen with her as her daughter. She even said that she hesitated, so she asked her mother and former husband about it. Kelli explained-

"I'm sure he's going to love that when he gets old enough to realize. He's going to be like, 'Oh, thanks for the pink bow on national television, mom.'"

Don’t you think that Kelli got lucky to have her son on the sets? It's convenient to have your child on the sets, as while working, you can also spend time with your baby boy.

The actress Kelli is rumored to have undergone plastic surgery. However, she has not provided a profound statement regarding the matter.

With an amazing career, the star has successfully accumulated a net worth of $8 Million, according to celebritynetworth.

So Stay with us to stay updated with the emerging updates on Kelli Giddish!