Kelly Rowland Net Worth: Here Is How Much American Singer Made

By LRU Writer | On: February 24, 2020
American singer Kelly Rowland is popularly known for being the original member of Destiny's Child. She, along with the group, won two Grammys...Kelly has a net worth of...Kelly Rowland is married to...In October 2019, Kelly and her husband reportedly...the couple became parents to a son... 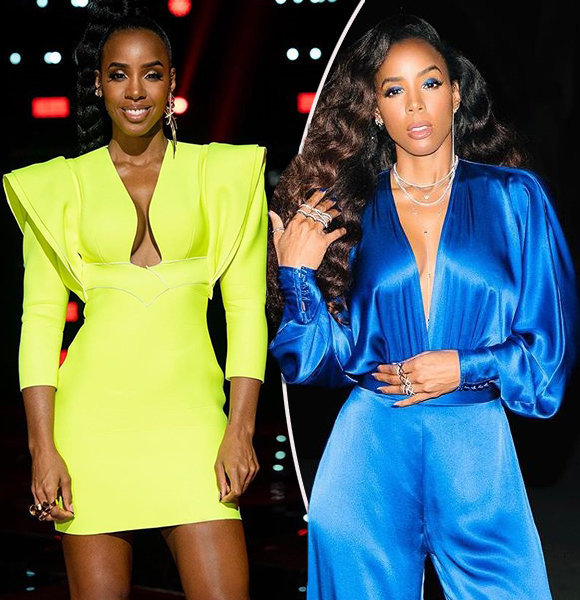 American singer Kelly Rowland is popularly known for being the original member of Destiny's Child. She, along with the group, won two Grammys in 2001 and 2003 respectively.

Kelly has a net worth of $20 million, according to Celebrity Net Worth.

Kelly started her musical journey at the age of nine. She was part of a band called Girl's Tyme along with Beyonce. The duo also participated in Star Search.

Kelly's career took off when Columbia signed a deal with them in the late nineties. The group's self-titled first album and the second album, named The Writing's on the Wall, were massive successes. They released a third album Survivor, along with the new member, Michelle Williams, in 2001.

After the third album, the group went on a hiatus to focus on their solo careers. In 2001, Kelly released her solo album, Simply Deep.

Along with fiction, Kelly has also appeared in reality shows. In 2011 she appeared as a judge on the eighth season of The X Factor U.K. Further, in 2017, she was a coach on The Voice Australia.

Kelly Rowland is married to Tim Weatherspoon. The two were first associated in a professional capacity; Tim was Kelly's manager. The duo eventually started going out and got engaged in 2013. A year after the engagement, on 9th May 2014, the couple tied the knot in a private ceremony in Costa Rica.

Following the wedding, the couple became parents to their son, Titan Jewell Weatherspoon, on 4th November 2014.

In October 2019, Kelly and her husband reportedly split due to Kelly's busy schedule. Further, there were also rumors about Tim's alleged cheating.

However, the couple reportedly reconciled in December 2019.

Kelly was born on 11th February 1981, in Atlanta, Georgia. Her birth name is Kelendria Trene Rowland.

Her parents are Doris Rowland Garrison and Christopher Lovett. When Kelly was seven, her mother left her father due to domestic abuse. And the family moved to Houston, Texas.

In Texas, the singer met her future bandmate Beyonce and her family. It was reported that Kelly's mother handed over the singer's legal guardianship to Beyonce's parents.