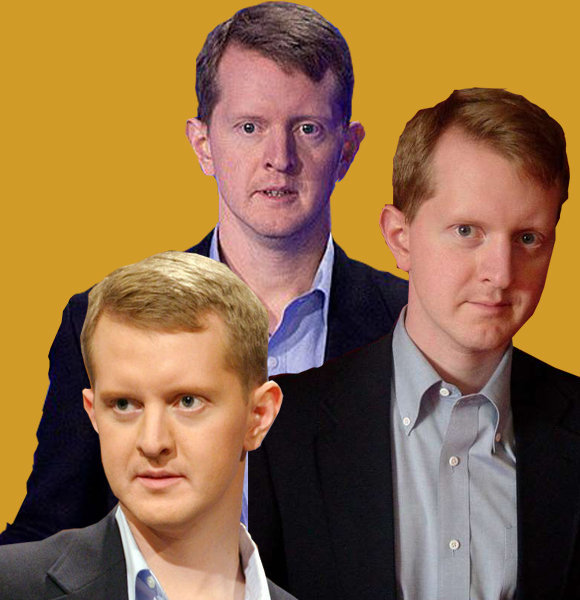 Ken Jennings is a game show contestant, famously known as 'Jeopardy Champ' for breaking the longest winning streak record on a game show.

Apart from the star's fame, the fandom is curious about the star's married life with his wife. And also answers to ongoing rumor, "Is Ken gay?"

Well, with Ken's massive fame from the game show, the curiosities among his fans regarding his private life, wife, and marital status do not come as a surprise.

Although Ken is not among those celebs who openly talk about their private life or their wife, it's a well-known fact that he is a happily married man. He tied the knot to his wife Mindy Boam Jennings on 16th September 2000.

The husband and wife have two children together- a daughter named Caitlin Elizabeth and a son called Dylan. As of now, Ken lives a secluded life with his family in Seattle, Washington.

Ken and his wife's love story dates back to their younger days when they were in college. The college sweethearts met at Brigham Young University.

Having been together through thick and thin, their relationship is still going strong.

You May Be Interested:- Pat Sajak Wife, Married, Partner, Gay

There have been few speculations about Ben's sexuality, tagging him as gay. However, given his happy married life with his wife and kids, he does not seem to fall under the 'gay' tag.

Regardless, Ben is also a supporter of the LGBTQIA+ community.

Let's move on to his career.

It's no secret that Ken has garnered significant wealth as his net worth from his winning streaks in the game show - 'Jeopardy!'

In 2004, during his time on the show, he bagged over $2.5 million as the winning prize and became Jeopardy’s biggest winner of all time.

Although Brad Rutter later broke his prize money record, he still holds the record for having the longest winning streak on Jeopardy!, with 74 consecutive wins in the show.

During his 74 continuous wins in the show, Ken won a total of $2,522,700 as the cash prize. Later, when he competed in the Ultimate Tournament of Champions against the IBM computer Watson, his total cash prize was more than $3 million. After winning streaks on the game show, Ken became a celebrity and appeared in many advertisements for various brands, including FedEx and Microsoft's Encarta software.

Later, Ken established himself as a writer and has published books like Brainiac: Adventures in the Curious, Competitive, Compulsive World of Trivia Buffs, Maphead: Charting the Wide, Weird World of Geography Wonks, and Because I Said So!

With such an impressive list of achievements, Ken's estimated net worth of  $4 million does not come as a surprise, according to Celebrity Net Worth.

After winning millions from the game show, Ken led a quiet life for a while.

However, he came back into the limelight following the announcement made by Sony Pictures Television about the hit show's latest installment- Jeopardy! The Greatest of All Time.

The installment, which hit the screens in January 2020, featured last season’s phenom James Holzhauer going up against former champions Ken and Brad Rutter for a $1 million prize.

Well, the show was definitely worth the watch!

All three players hold records on the show's Hall of Fame and are absolute geniuses.

There have always been debates regarding who is the best among the three, and finally, the new show aims to find out the greatest of them, as the title suggests.