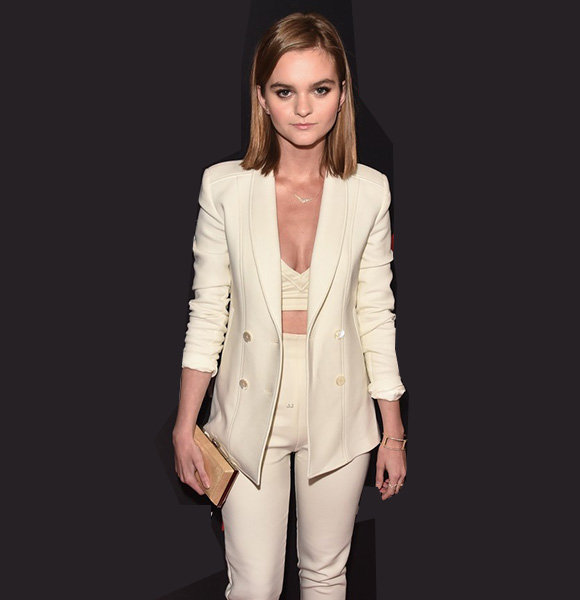 Kerris Dorsey is a versatile actress who has portrayed various roles throughout her career since a tender age of seven.

Famously known as Paige Whedon from the television series Brothers & Sisters, Kerris became a household name during the five seasons of the show.

Kerris started appearing in television advertisements at age six. In 2005, seven years old Kerris made her big-screen debut in the film Walk the Line. After that, she appeared in Brother and Sisters as a regular star cast from 2006 to 2011.

You May Be Interested:- Taylor Momsen Boyfriend, Parents, Net Worth

Her other movies and TV shows include Alexander and the Terrible, Horrible, No Good, Very Bad Day, Shake It Up, Girl vs. Monster, to name a few.

Starting her career at a very young age, 21 years old actress has garnered a whopping net worth of $4 million.

Kerris' roles as a child actor, has gained her a soft spot in the hearts of her admirers. Over the years, she has gained a massive fan following. Needless to say, her personal life is always on the public radar.

In 2014, Kerris met the 13 Reasons Why sensation Dylan Minnette on the sets of Alexander and the Terrible, Horrible, No Good, Very Bad Day. In the movie, they played the role of brother and sister. However, the on-screen family ties could not stop an off-screen romance from budding. The two seemed very much in love, constantly appearing in each other's social media. But as time went on, the couple grew distant and appeared together a lot less than they used to. This led their fans to believe that the pair had gone separate ways.

Finally, the confirmation about their breakup came when Dylan was spotted with musician Lydia Night in 2018.

After the end of her relationship with Dylan, Kerris has kept her dating life pretty secluded. As of now, she has not been linked with any possible boyfriend. So, she could either be looking for love or secretly seeing someone.

Child acting prodigy, Kerris was born in Los Angeles, California, on 9 January 1998. Her father, John Dorsey, is the founder of hair products company- Lilla Rose. The company was named after Kerris and her sister Justine, whose full names are Kerris Lilla Dorsey and Justine Rose Dorsey.

Just like Kerris, her sister Justine has also worked as a child actor. Both the Dorsey siblings appeared on the show Brothers & Sisters.

From her social media, it's clear that Kerris is a total family girl and shares a very close bond with her parents and sister.

Further, Kerris, who is blessed with a perfect family and an impressive career, also boasts a gorgeous body. She stands at a height of 5 feet 7 inches (1.7 m) with perfect measurements of 35-24-33 inches.