Where Is Kevin Frankish Now After Breakfast Television Leave? 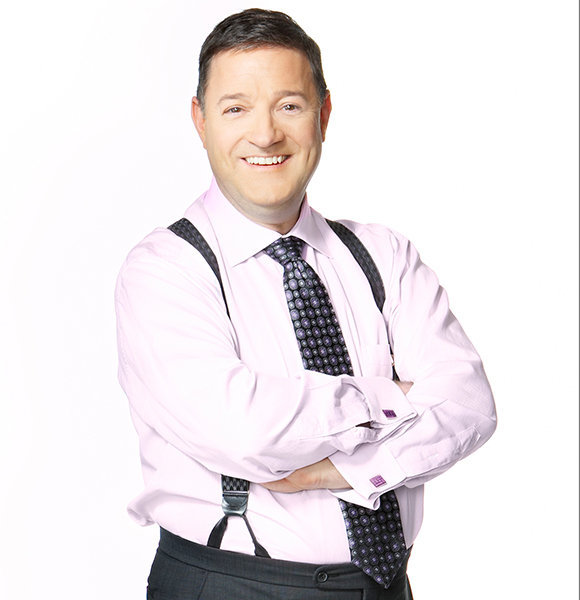 From Breakfast Television to his new project Kevin Frankish has been a favorite of the viewers.

Sharing a very close relationship with his audience, the star's fandom is curious about Kevin's career and what he is up to now.

But, firstly, let's start with,

Kevin Frankish, who is currently at the age of 58, joined the morning show Breakfast Television! When he was just 27.

After almost three decades of his intimacy with the audience via the show, the favorite host, Kevin Frankish, bid his goodbyes on 1 June 2018.

Sitting next to his co-host Dina Pugliese, he uttered the most painful words which were not expected by anyone. He stated,

“All good things must come to an end … eventually, and so sadly has my time here on Breakfast Television.”

During his announcement, he also added that he wouldn't be leaving the Citytv network completely, but instead, he is making his move from the daytime to primetime with the new documentary series to broadcast. Read Also:- Angela Yee Still Has No Thoughts On Getting Married? Has A Past Filled With Alleged Dating Affairs

Following his announcement, his viewers flooded Twitter to show him support and wish him the best for the upcoming future.

Even the Mayor of Toronto, John Tory, presented his best wishes quoting,

“You are a person that everybody can relate to, getting up in the morning at that difficult time of day, and we’re going to miss you.Thank you for many years of service to City and to the city, where you were a very important part of how we live here and how we get up and get along with each other each and every day. Thanks a lot.”

In addition to best wishes, Tory even joined Kevin on Breakfast Television on his last day.

"For decades, I have tuned into Breakfast Television to start my mornings & have been greeted by Kevin Frankish’s playful wit & cheerful character. It is truly an honour to be in studio this morning to celebrate your last day on the show. #ThanksKevin" Before joining the show in 1991, he used to work with CKNY and CKVR network.

And with over four decades of working in the broadcast media, the audience has witnessed his great transformation from a young boy to a man with a successful career.

Discover:- Is Tina Daheley Dating Her TV Presenter Boyfriend? We Think So!

You must be thinking, how close was the star to his audience?

People have witnessed Kevin on his knee proposing to his former wife almost 30 years back.

His personal and family life is like an open book to the viewers of the show, as he has not missed anything to share with the audience.

From the blissful news of his four children to 2006's panic attack on air, he has shared his journey with his beloved viewers.

After bidding farewell to his very special show, Kevin has now ventured out in many directions.

What is Kevin Frankish Doing Now?

Venturing out to a similar yet different platform, Kevin is now a producer, writer, and host for the podcast "The Happy Molecule."

"The Happy Molecule" brings and spreads awareness regarding mental health issues and encourages those who struggle with such disorders. "NEW PODCAST EPISODE Online Now. Alanis Morrissette credits him with saving her life. Bryan Robinson is a psychotherapist and author. His advice for dealing with mental health…Chill! Listen here www/thehappymolecule.com/podcast."

Adding on, Kevin is also That Guy for the program 105.9 The Region, where he appears on the program Monday through Friday between 2 pm and 6 pm.

Moving on from the star's professional life, let's take a look at his personal life.

After leaving Breakfast Television, Kevin has been the family man and involved with the intimate family functions.

As of currently, there's a new member in the family, whom he proudly showcased in the public eye.

He posted a picture from the wedding day on 9 September 2018, proudly announcing that now he has a son-in-law.

Following the post, the star also posted a picture from his daughter's wedding, where Kevin joined his daughter in the father and daughter dance.

With tears in their eyes and a smile on their face, both father and daughter looked amazing. Frankish with his daughter for a father and daughter dance (source: Instagram)

Adding to the family life, there have been questions regarding the star's married life.

Following the separation, Beth has now been practicing energy medicine and is also a trained meditation teacher.

Kevin, who is currently single, has been focusing his time on his growing career.

With an amazing line of work, it is quite sure that the star enjoys a comfortable net worth that has been kept away from the media's limelight.

Wishing all the best to the star for his future endeavors, Stay Reading!