By LRU Writer | On: August 09, 2019
American singer, Keyshia Cole is best known for her debut album...Besides being a singer, she is also known for being a reality... was married to... was previously in a relationship with... 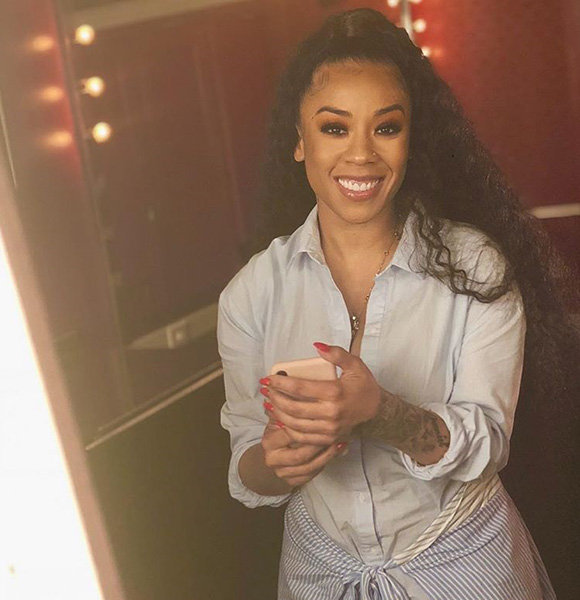 American singer, Keyshia Cole is best known for her debut album The Way It Is, released in 2005. The album managed to reach the 6th spot on the US Billboard 200 list, which introduced the singer at the global scale.

Ever since her debut, the singer/songwriter has been keeping herself busy. She released her second album, Just Like You in 2007 followed by A Different Me, Calling All Hearts, Woman To Woman, Point of No Return, and 11:11 Reset.

Keyshia is also known for being a reality TV star. She appeared in Keyshia Cole: The Way It Is from 2006 to 2008, Keyshia and Daniel: Family First in 2012, and Keyshia Cole: All In that premiered in 2015.

With a rewarding career in the entertainment industry, the singer has been able to enjoy a dream-like-life. Even though her net worth is not public information, just from her YouTube channel, KeyshiaColeVEVO, the singer earns an estimated annual income of $26.6K to $425.4K.

Unlike her successful career, the singer has faced hurdles in her personal life. Keyshia was previously in a relationship with NBA player and actor Daniel Gibson.

Daniel proposed Keyshia on New year’s eve of 2010. From their union, the couple became parents to a son, Daniel Hiram Gibson Jr. on the 2nd of March 2010.

A year later, the pair officiated their union by getting married on the 22nd of May 2011. However, Keyshia's marriage was short-lived as the couple divorced in 2017.

The same year, the singer started dating rapper Niko Khale. A year later, in July 2018, Keyshia shared a picture on her Instagram and revealed that she was pregnant with her boyfriend's baby. Keyshia gave birth to her second son with Niko on the 1st of August 2019. The baby was delivered via a planned Cesarean section at the Cedars-Sinai Medical Center in Los Angeles.

The singer was born as Keyshia Myeshia Johnson on the 15th of October 1981 in Oakland, California, USA.

Keyshia comes from the family of father Virgin Hunter and mother Francine “Frankie” Lons. However, she grew up with her adoptive parents, Leon Cole and Yvonne Cole.

As for siblings, she is sister to rapper Sean “Nutt-So” Cole. Additionally, she has an older sister named Neffeteria Pugh along with five more biological brothers and sisters.

Belonging to the African-American, Keyshia is of the age of 37. The singer stands with a height of 5 feet 2 inches (1.57 m), and a slim, well-maintained figure that weighs 54 kg.