By LRU Writer | On: September 30, 2019
Kim Director is the actress that found a way in every guy’s heart. The pretty actress isn’t only known for her fantastic acting skills, but also her mesmerizing looks...she stands at the height of...also know is the lesbian relationship of Kim...the husband of Kim...Kim Director has been in the show business for more than two decades already...Kim Director has built up a total net worth of... 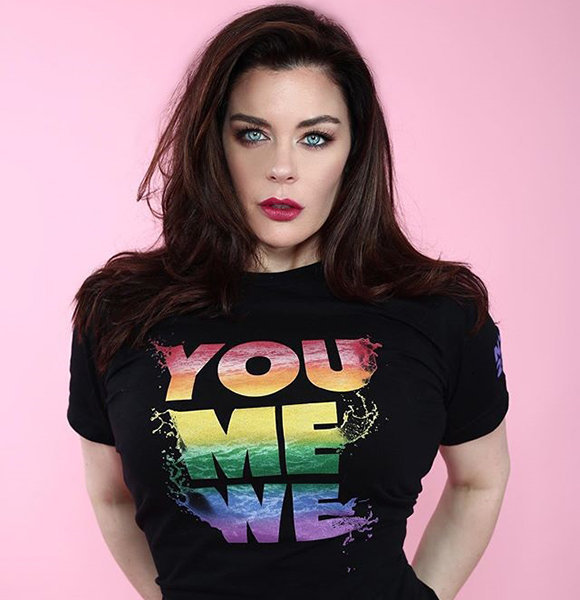 Kim Director is the actress that finds a way into every guy’s heart. The pretty actress isn’t only known for her fantastic acting skills, but also her mesmerizing looks; looking not a day older than 30 even in her 40s.

Standing at the height of 5 feet and 7 inches (1.70 m), she leaves everyone enchanted with her piercing blue eyes, perfect cheekbones, and an alluring figure.

With such a charm and a highly reserved personality, Kim has left her fans wondering about her dating life.

Born in Pittsburgh, Pennsylvania as Kimberly Ann Director, 44-year-old Kim celebrates her birthday on 13 November. She went to Upper St. Clair High School and continued her higher studies at Carnegie Mellon University until her graduation in 1997.

Since she is very secretive about her personal life, it is a little challenging to break-down Kim’s personal life and her connections to family members. However, her fans know that she has a sister named Cynthia Director- who is a textiles and fashion designer based in Mumbai.

Kim's real-life relationships may be a blur, but her reel-life does picture a romantic life.

An enduring passion in her on-screen life is the lesbian relationship of Kim’s on-screen character ‘Shay’ with ‘Irene’ played by Roberta Colindrez in the TV series, The Deuce.

Furthermore, another on-screen love of Kim is with actor James J. Fuertes. He portrayed ‘Christopher’; the husband of Kim’s character ‘Andrea’ in the 2018 movie, Homecoming Revenge. But, all the assumptions of Kim’s relationships are based only on the movies and TV shows she has acted in. As her off-screen life remains a mystery as it is unclear if the captivatingly stunning actress is married or is in a relationship with a boyfriend.

Kim Director has been in the show business for more than two decades already. Her journey in the cinematic world began in 1998 when she portrayed the role of ‘Lynn’ in the sports drama film; He Got Game. To add to her success, she acted in the crime thriller Summer of Sam, the same year.

Even though the movies mentioned above brought her fame and success, it was the movie, Book of Shadows: Blair Witch 2 in 2000 that blasted Kim’s career towards the stars.

Since then, she has acted in many hit movies such as Inside Man, A Crime and Live Free or Die. Also, she has appeared in TV shows; namely Orange Is the New Black and Gotham.

Following in on her success, Kim has built up a total net worth of $2 million as of 2019.