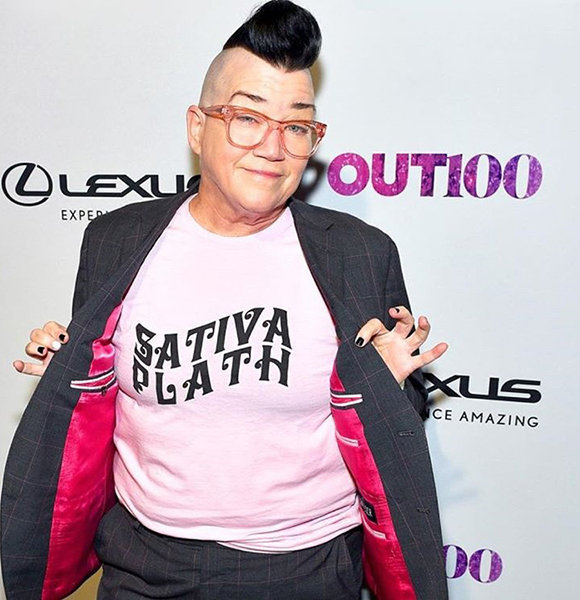 An interesting fact about the comedian/actor Lea Delaria is that she is the first openly gay comic to appear on TV in the US. The appearance led Lea to secure many films portraying Police Lieutenant, PE Teacher, and many more.

Due to her unique talent, she has been in the different hit movies such as Cars 3, Support The Girls, First Wives Club, Dear Dumb Diary, and Edge of Seventeen. Apart from all the movies and TV shows she has worked in, Lea is also praised for her part as Carrie "Big Boo" Black in the Netflix Original series, Orange Is The New Black.

Born on 23 May, in Belleville, Illinois, Lea Delaria is the daughter of Robert and Jerry Jean Cox DeLaria. Her mother worked as a dancer and her father was a jazz pianist. She grew up with two older brothers, namely Richard and Bradley, and two sisters called Thana and Mary Elizabeth.

Lea's dad Robert had the most influence on her while growing up. She got into jazz and started singing with her father since she was 10.

It is no secret to the fans of ‘Big Boo’ from Orange Is The New Black is a lesbian in her real life. Lea's dating life has made quite the news on the internet. One of the biggest news was her engagement to partner Chelsea Fairless in 2015. The duo had been together since 2013. Sadly, the to-be-husband and wife called off their engagement and ultimately broke up in 2017. However, Lea mentioned in an Instagram post that the two were still in each other's lives despite the split.

Since then, the comic actor has been very much single and busy having flings with multiple girls quite younger than her. It clearly shows that Lea is not into tying the knot at any moment soon.

Lea has had many girlfriends in the past, and frankly, they are too many to count. But, one of her past relationships before Chelsea seems to be with Jennifer Foley. However, not much is known about the former couple's romance.

Fans surely noticed the change Lea has gone through over the years. And, the reason for such a significant weight loss is her condition.

The Plump Fiction actress was diagnosed with Type II diabetes and decided to make a notable change in her diets. She started reducing the number of carbs consumption each day, and along with the help of medication, Lea lost over 50 lbs (22.6 kgs).