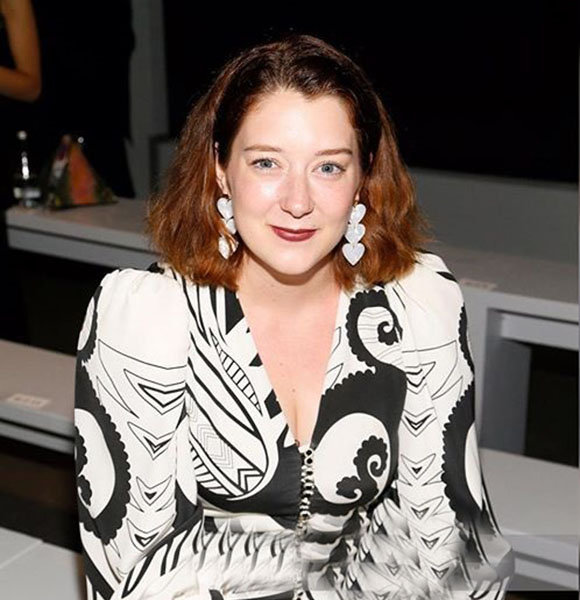 A recurring face in the Netflix franchise, Kimmy Shields is making her days acting in the community theatre and productions count, landing recurring roles in different series.

Ever since a young age, she saw her parents perform in community theatre and developed an interest in the same.

Now, she is on the verge of becoming one of the greats in acting with her versatile capabilities and knowledge of the theatre.

Kimmy Shields - height 5 feet 6 inches (1.68m) - is as good as one can get. The Insatiable actress is cool, beautiful, funny, and perfect to be anyone's date.

However, the young actress is yet to find the same in a partner. Though a heartthrob to many, she is not dating a boyfriend. Further, she joked about the same on numerous occasions via her Twitter in 2014.

Apart from her real life, Kimmy’s relationship status in reel life is also the same. She portrays the lesbian character Nonnie in Insatiable, who has a crush on her best friend, Patty Bladell (played by Debby Ryan). Despite portraying an LGBTQ character in the series, Kimmy is not a lesbian in real life. While her fans are eager to see Kimmy pair up with a prince charming soon, the wait may take some time.

Kimmy Shields - age 26 - was born and raised in Torrence, California, alongside a brother named Craig Shields in a family of four.

As a child, she practiced acting in community theatre and later attended American Musical and Dramatic Academy to enhance her skills further. Shortly after getting graduated from college, she performed for various production houses. After working for a few months, the actress gained valuable stage experience and improved drastically.

Likewise, gaining inspiration from her parents, the Ad Astra actress wrestled her way into the television scene and landed roles in series like The Middle, Chasing Life, and The Laundromat. Now, she is a popular TV actress with a bright future ahead of her in acting.

While Kimmy Shields might not have made it big in the movie business yet, the actress has already mustered 17 credit points from her ventures on the TV screen.

Also, her work collaborations with productions like Little Shop of Horrors and The Crucible provided her the much-needed exposure to face a vast audience and showcase herself in front of the camera.

Likewise, her hard work and dedication have also not gone weary, as she accumulates a healthy net worth with an average annual salary of $60K.