By LRU Writer | On: December 18, 2019
Former Disney star Debbie Ryan is now working on her wedding plans...is engaged to her longtime boyfriend Josh Dun...they started dating around May 2013 but only made it official in September...is not married yet...her body measurements, height, and age are given below... 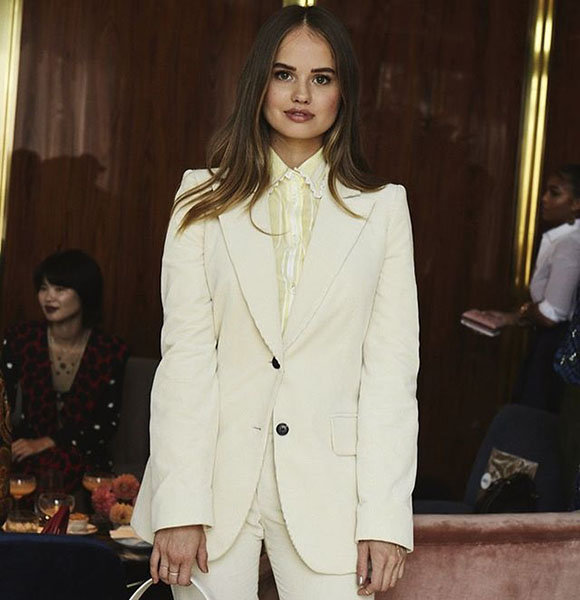 Best known for her roles in Disney’s The Suite Life on Deck and Insatiable, Debby Ryan is one of the most promising actresses in Hollywood. Starting her acting career from a video named Barney: Let’s Go to the Firehouse (2007), she got her job in a TV series, in Yay Me! Starring London Tipton, the same year.

In addition to acting, Debby is also involved in singing and voice acting. She has released several singles and an EP titled One. She also did some directing and was an active director in the series Jessie, directing four episodes between 2014 and 2015.

Looking at the number of relationships that Debby has had before her present boyfriend, it would probably be safe to say that Debby doesn’t mess around being single. She was involved with several guys, most of whom are familiar with life in Hollywood.

Starting with her first known boyfriend, Debby dated another Disney star named Jason Dolley. The relationship lasted from sometime around 2008 to January 2009.

From one actor to another, immediately after splitting from Jason, Debby started a relationship with Sean Marquette. Sources suggest that their relationship lasted for only a few months, breaking up in 2009.

Read More:- Mick Mars Relationship Details, How Many Children Does He Have?

However, something is interesting with this timeline because when Debby was said to be involved with Jason and Sean, she was also said to be going out with Gregg Sulkin. They reportedly dated from February 2008 to January 2010. But, the answer to whether the relationship was genuine or fake, lies with Debby and Gregg only.

Moving on, Debby’s fourth boyfriend happens to be the X-Men: First Class (2011) star Lucas Till. Debby and Lucas were in a relationship from an unknown date to 2010.

But after her split from Lucas, it took Debby three years to appear with another guy in public. The next guy turned out to be Spencer Boldman, another actor. The pair appeared on a few red carpet events together in around 2013. However, the relationship, not unlike her previous ones, vanished into thin air without any reasons as to why the two broke up.

Debbie is now dating American musician Josh Dun. The couple made their relationship official in September 2013 through Instagram, but they got together in May earlier that year.

The initial stages of their relationship were blissful, as Debby and her boyfriend featured quite frequently on each other’s Instagram. They also made a rare public appearance together in March 2014 as they attended the 2nd Annual Norma Jean Gala.

However, in an unexpected turn of events, Debby and the Twenty One Pilots drummer broke up in either late 2014 to early 2015. It took Debby three months, specifically till March 2015, to clarify that, saying that she was single and not looking for relationships then.

But, it seems like they couldn’t stay apart for a long time, and were seen together at a Christmas party in December 2016. It sparked rumors that Debby and Josh got back together, which eventually turned out to be true.

The couple might have realized how much they loved each other after their split, and things moved pretty quickly after they got back. So fast, that Debby and Josh announced their engagement in December 2018, just before Christmas. Josh popped the question in a treehouse while they were on a trip to New Zealand. Even though the actress and the Twenty One Pilots drummer are not married yet, they are planning a wedding now. Debby said that she gave all the planning responsibilities to Josh. The musician is planning a small but intimate ceremony to exchange their vows.