By LRU Writer | On: June 06, 2019
Kingston Rossdale is the son of music royalties-parents, Gwen Stefani and Gavin Rossdale...Well, the joyous day is...when he celebrates his birthday every year. 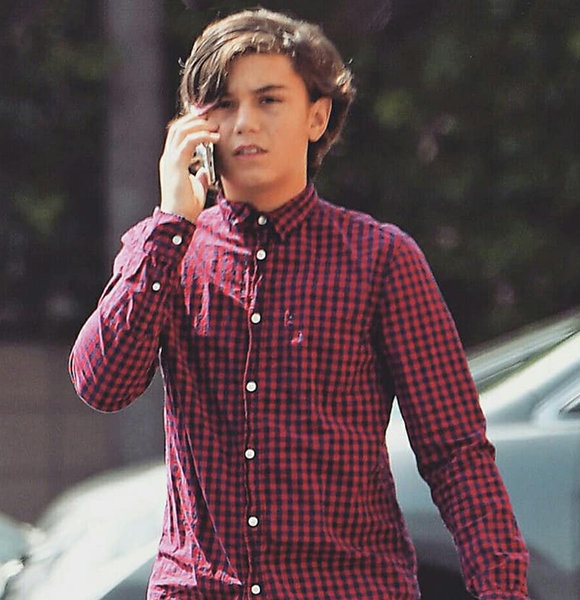 Kingston Rossdale is the son of music royalties, Gwen Stefani and Gavin Rossdale. Coming from a home full of stars, he has also taken steps towards his path to stardom. The young guy was voted 22nd in the list of GQ's Most Stylish Young Men Under 30.

Inspired by his musician parents, Kingston also takes an interest in music. The fashionista-cum-musician in the making is often photographed with his famous mother, Gwen Stefani.

Kingston, full name Kingston James McGregor Rossdale, became a news-worthy celebrity even before his birth in 2006. When his mother announced her pregnancy on-stage during a concert in Fort Lauderdale, Florida, it became breaking news.

Thus, his birth was a significant moment for his parents’ fans combined. Well, he finally arrived on the 26th of May and the day has been his birthday ever since.

Besides good genes, he is blessed with mixed ethnicity. From his mother, he boasts Italian-American-Irish-Norwegian-Scottish ancestry, while he has Russian Jewish and Scottish ancestry from the patriarchal side.

Sadly, his gifted parents divorced in 2015 following a cheating scandal. Kingston’s mom accused his Bush band-member dad of being involved with the nanny. Gwen allegedly found some compromising pictures of the mistress in her home's iPad.

Kingston’s dad, on the other hand, blasted her for being a hypocrite as she was never present at home due to her work commitments. In spite of the rough patch, the young lad is close to both his parents.

Well, Kingston is not his parents' only child. He has two younger siblings; brothers Zuma Nesta Rock and Apollo Bowie Flynn. Add to that; he has an elder half-sister Daisy Lowe from his father’s previous relationship.

Although still a teenager, Kingston is set for life in terms of money.

His Grammy winner mother - height 5 feet 7 inches (1.70 m) - boasts a whopping net worth of $100 million. Besides her music career, she has award winning fashion lines, acting credits and TV show gigs. Well, Kingston's father is also not far behind with his net worth of $35 million. In addition to being a brand member of Bush, Gavin fronted a band named Institute and has released one solo album titled WANDERlust.

Talking about the school kid’s dating life, he already has a girlfriend. Although he is not on Instagram, his love for his beau is pretty evident via the paparazzi pictures. The pair even tender moments while on a day-out with Kingston's famous mom. Kingston Rossdale and his girlfriend on a day out on 28th January 2019 (Photo: www.lifeandstylemag.com)

In October 2018, he strolled around with his unnamed girlfriend hand-in-hand. The young guy had even brought his girl to his home's Halloween party.