Kirk Norcross With Children At Age 29! Who Is His Partner/Fiance?

By LRU Writer | On: September 27, 2018
Kirk Norcross has the reality show, The Only Way Is Essex(TOWIE), to thank for his fame as he captured public's attention due to his off the show antics and playboy lifestyle. His love life was always in the spotlight because of his relationship with co-stars Amy Childs, and Lauren Pope. However, the star seems to have wised at 29 as he is a father to two. But who is the mother of his two children? Has the former TOWIE hunk found himself the right partner? partner,engaged,fiance,girlfriend,children,age,net worth,height 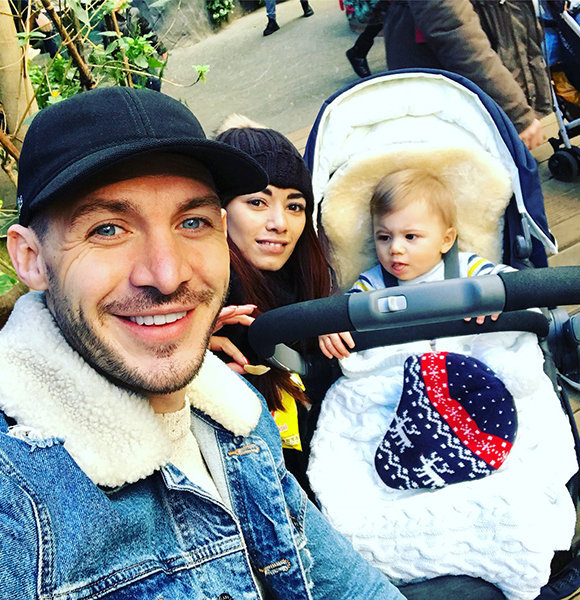 Kirk Norcross has the reality show, The Only Way Is Essex(TOWIE), to thank for his fame as he captured the public's attention due to his off the show antics and playboy lifestyle.

His love life was always in the spotlight because of his relationship with co-stars Amy Childs, and Lauren Pope.

However, the star seems to have wised up at 29 as he has become the father of two. But who is the mother of his two children? Has the former TOWIE hunk found himself the right partner? Well, keep reading to find out more!

Kirk Norcross, who worked as a promoter in his father's happening nightclub, The Sugar Hut, started dating socialite Holli Willis in 2015 and were expecting their first child together in August.

Prior to his association with Holli, he had already been engaged and broken up with model Cami Li. Further, he was also involved in two failed relationships with actresses Jemma Lucy and Vicky Pattison.

You May Also Like:- Pregnant Amy Childs Age 28: From Baby Due Details To Secret Boyfriend - Revealed!

Kirk announced the arrival of the daughter Violett later on 10 February 2016 and even shared that he was already engaged to Holli, but shelved the plans for marriage until their daughter's birth. He had quoted:

‘I’m gonna be a dad! I got engaged as well, I just didn’t make it a big thing. ‘I want my daughter to be at the wedding so we’re gonna leave it.'

Kirk, who stands a height of 5ft 7inches, even added that Holli was the right partner for him and was thinking about settling down for the rest of his life.

‘It feels like fate – we’re very much in love and I’m off the market for the rest of my life.'

But things didn’t work out with his fiance Holli, and they parted their ways in December 2016. What was more baffling, was the news that Kirk was expecting his second child in January 2017.

His then fiance quickly distanced herself from the report clarifying that she was not pregnant with his child and even accused him of cheating on her when the couple’s daughter was only three months old.

The then-fiance of Kirk Norcross explains that the star's second child was not with her (Photo: Holli Willis's Twitter)

This led to confusions, surrounding the identity of the new partner of Kirk. The secret woman was revealed after the birth of their son Harry Michael Norcross on 16 February 2017, and the woman turned out to be non-other than the fetish model, Danielle Louise Carr.

However, Kirk has not revealed much about his relationship in the media, it seems that the couple started eyeing each other, weeks after Kirk's separation with his former fiance Holli Willis. And the arrival of his son with Danielle seems to have had a positive effect on Kirk.

The former reality star claimed in his autobiography Essex Boy that he bedded up to 1000 women, but has now settled down with his lovely partner Danielle away from the limelight.

On 9 September 2018, he shared a photo of his family's day out at a local park along with his girlfriend and son. The picture showed the couple enjoying their married life and also raising their son in a healthy environment. Kirk Norcross spends the day at a local park with his girlfriend Danielle and son (Photo: Kirk's Instagram)

Further, he also mentioned in a recent Instagram post that his "Women Crush Wednesday" was his girlfriend, Danielle.

Kirk, who possess decent net worth, has given up on his celebrity lifestyle and works as a tarmac and inspirational speaker now. He lives in a mysterious location with Danielle and their son and is enjoying each other's company immensely well.

Keep Visiting as we keep you updated on the life of Kirk Norcross!