By LRU Writer | On: April 25, 2019
Kristin Cavallari burst into the TV screens as a cast member of Laguna Beach, then she further strengthened her name in the reality TV show The Hills. After the massive success of the MTV shows, she went on to star in self-titled E! Reality shows Very Cavallari. Kristin is a busy woman as she balances her life as a working mother with kids! How Did She Meet Her Husband?... Brother’s Death...Kristin’s Net Worth... 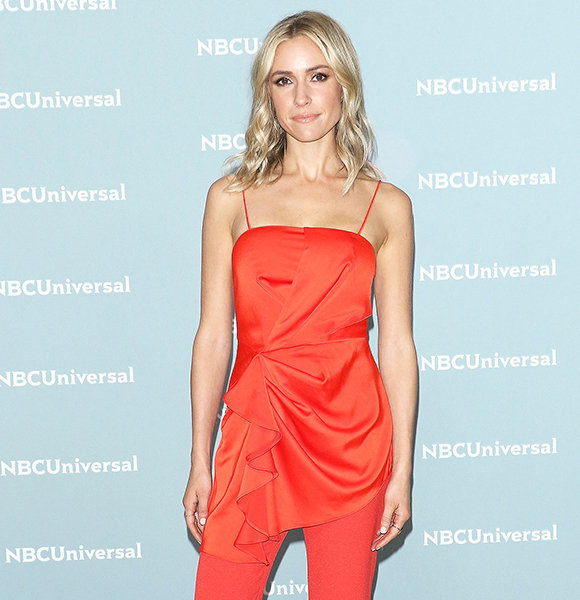 Kristin Cavallari, age 32, burst into the TV screen as a cast member of Laguna Beach; after which she further strengthened her name in the reality TV show, The Hills. After the massive success of the MTV shows, she went on to star in the self-titled E! Reality show, Very Cavallari.

Kristin is a busy woman as she balances her life as a working mother!

Kristin’s life changed when she became a mother for the first time at the age of 25. She gave birth to son Camden Jack Cutler in April 2012.

After the bundle of joy joined her life, the reality star hit another milestone as she got married to her baby dady, NFL quarterback Jay Cutler in June 2013. Melting everyone's heart the couple’s son, Camden, was the ring bearer of the wedding ceremony. Well, the married couple enjoyed beings parents so much that they added two more children to their brood. Kristin's second son, Jaxon Wyatt, was born in May 2014; whereas, daughter Saylor James came into the world in November 2015.

How Did She Meet Her Husband?

Kristin has had quite a rom-com worthy romance. Like everyone else, Kristin’s husband fell in love with her when she starred in Laguna Beach.

Not the one to waste time, Jay asked The Hills star out on a date, offering her to fly to Chicago. But, a romance was the last thing on Kristin’s mind. Thus, she outright refused the man’s advances. After a year of the refused date, she went to the Bears game to see the NFL quarterback in action. The American beauty and her family even scored a private hangout with Jay. Then the footballer worked his magic, and things moved quickly after that, the pair got engaged eight months after their first date.

Kristin’s fairytale romance got hit by a roadblock when the pair split and broke off their enaggement. But the former lovers couldn’t stay apart for long; thus, they reunited just weeks after the split.

On 27 November 2015, Kristin’s elder brother Michael Cavallari’s car was found abandoned on the side of the highway in Utah. With the vehicle owner nowhere in sight, a full search party was launched near the area.

The search party found Micheal’s body nearby in nude condition. While many thought it was a suicide, Utah Medical Examiner reported that it was an accident. The cause for the reality star’s brother’s death was believed to be hypothermia.

Besides working as a reality star, Kristin is also a businesswoman. She runs a successful shoe and jewelry line. The multifaceted star is also a bestselling author with books Balancing in Heels and True Roots. The latter is a cookbook, via the creation, Kristin encourages people to follow the right diet.

For You:- Chrishell Stause Wedding, Husband, Net Worth

Courtesy of her successful endeavors, she boats a net worth of $3.5 million.