By LRU Writer | On: November 24, 2019
Who does not know about Cardi B’s adorable little daughter Kulture Kiari Cephus? She was born on 10 July 2018 in Atlanta, GA. At the tender age of one, the little bundle of cuteness has gotten a lot of attention already...Fans have wondered what the meaning is behind the little girl’s full name since Cardi B and her husband Kiari Cephus, who is famous as Offset, revealed their daughter’s name on... 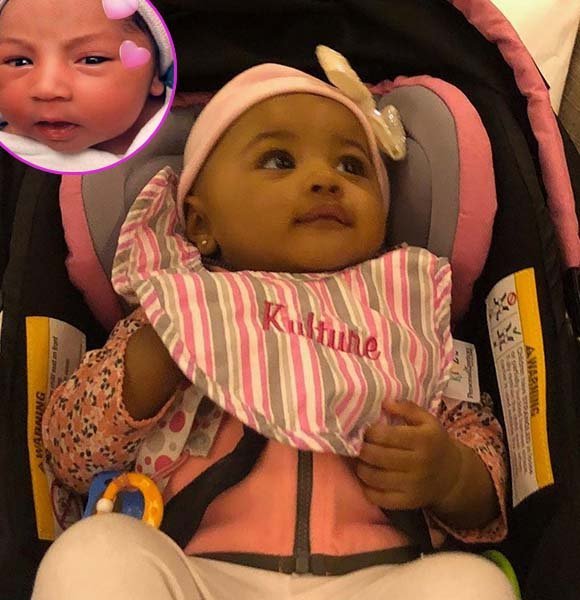 Kulture Kiari Cephus is the daughter of Cardi B and her husband Offset. The cute baby is already known among millions of people and has gotten a lot of attention. Read on to know more about her.

Kulture was born on 10 July 2018. A day later, Cardi B and her husband, Kiari Cephus, who is famous as Offset, revealed their daughter’s name. Her name is a tribute to Migos, Offset's hip-hop band. The band released its album in 2017 called Culture, followed by another album called Culture II in 2018. It was Offset who named the baby, and Cardi B agreed with it.

A fun fact about naming the baby is that Cardi B had thought of a different name for her daughter. She revealed in a tweet of September 2019 that initially, she wanted to name her Hennylyn as a homage to her sister. But the rapper already used the name as a nickname for her sister, so she thought it would be weird to call the infant with the same name.

Everybody knows Cardi B and Offset have been in a relationship since 2017. They first met each other at an industry event sometime in 2016. The duo did not talk very much then. But in early 2017, the pair were seen spending more time together, even releasing a song together.

Though the lovebirds kept their love life secret in the beginning, a lot of their fans speculated that something was between Cardi and Offset. Finally, all the rumors were cleared out as true when the two were seen together attending SuperBowl in February 2017.

With the cat was already out of the bag, Offset then sealed the deal when he proposed to Cardi at Powerhouse 2017 in October. Shockingly, the duo was already married secretly before their public engagement. Cardi, in July 2018, posted the throwback pictures of them tying the knot back in September 2017 through her Instagram.

But, their relationship has not been easy. There have been many rumors and allegations on both sides. For instance, in August 2018, Cardi’s alleged fight with a woman Offset's rumored mistress hit the streets. But both the rappers did not comment about the rumors while the other woman denied sleeping with Offset.

Amid all the rumors, the couple made the headlines again in October 2018 with the news of their split. Cardi, through a post on Instagram, claimed that she tried to make it work with her baby father, but things hadn’t worked out in a long time. Offset did ask for forgiveness in which seems to have worked as the duo eventually paired up again in early 2019.

The duo seems to be creating a beautiful environment for their daughter as she grows bigger and beautiful each day.