By LRU Writer | On: January 21, 2021
Earning the name "Media Queen" and becoming the first women to hold the position of a political editor, Laura Kuenssberg without any doubt has claimed her stay in the field of journalism. The lady who attracted many headlines for her biased allegation in 2015 Labor Party, has now been under speculation for her marriage details with..... 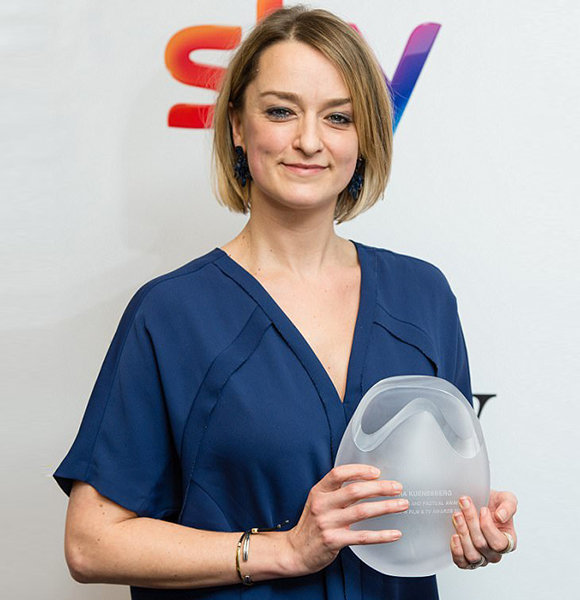 Not many have achieved in journalism, what the famous British journalist, Laura Kuenssberg has made.

Born in Italy, the reporter first graphed her career, working for the local radio and cable television in Glasgow. But, it was in 2000, that her career took a big turn when she joined the BBC North East Cumbrian and earned herself the name “Media Queen”.

With her grandeur recognition in the whole journalism field, she has achieved all her profession could present, however, what raises eyebrows is whether the reporter has a married life on her side!

Recent tabloids and news say she is!

Let's figure how the workaholic journalist shares a married life all along with her husband!

BBC reporter Laura Kuenssberg knows the best to keep away her dating life from the reach of media and public attention!

However, while there was no dating rumors or clues leading to it, Laura shocked the world by confirming that she did indeed get married to her husband James Kelly.

James, who graduated from the University of Edinburgh, is now a prominent management consultant. He also attended the world’s top Harvard University and graduated from there as well. Being a very private person too, Laura's husband has also kept all his personal details away from the limelight. Laura is the most famous British Journalist who got married to James Kelly (Photo: Thesun.co.uk)

As the married couple has desire low-profile marriage, there are no concrete details about when and where the pair carried out their wedding.

However, what left the public to bombard their wild guesses was a clue to determine how the pair had their initial meeting. Laura, who also happened to attend the same university, might have given a spark to their relationship from there on.

Besides, the pair does not have any children till date and no such news of a baby on board has been reported. Being such a career-oriented couple, the couple might be focusing on their career first and come up with such big news in their good time.

As of now, the happy couple is currently said to be living together in East London, keeping their personal life away from all media sources.

Getting To Know Laura Kuenssberg Better:

Now, a world-class British Journalist, Laura Kuenssberg was born to parents Nick and Sally Kuenssberg in Italy and grew up with her siblings in Glasgow. The 42-year-old had earned her degree in journalism from the University of Edinburgh and Georgetown University.

Entering the broadcast as a reporter in local television, she later gained her significance after being appointed the chief correspondent for BBC News. Her career resume reflects her works at the BBC One bulletin, Daily Politics, and BBC News.

She also carried out her career as a Business Editor for ITV News for a short duration and resumed working for BBC as a chief correspondent and presenter for their program Newsnight. In July 2015, however, she entered BBC as it’s political editor and became the first woman to hold such a reputed position.

This one change took her success at a great height. The January 2016 incident of the Labour Party, however, received her heaps of negative comment on her side. All this contribution in the media industry has earned her a total salary of £200,000 – £249,999 per annum.