The BBC Host Stephen Nolan Is Gay? Has Been Suing Twitter Trolls !

By LRU Writer | On: July 08, 2021
The BBC Northern Ireland TV’s host, Stephen Nolan, is popular for his radio show “Ulster.” The 47-year-old has been recently caught up in the news for suing Twitter trolls and getting a six-figure amount compensation...He is known for getting caught up with rumors and controversies. Apart from that, people often wonder about his sexuality and his girlfriend... 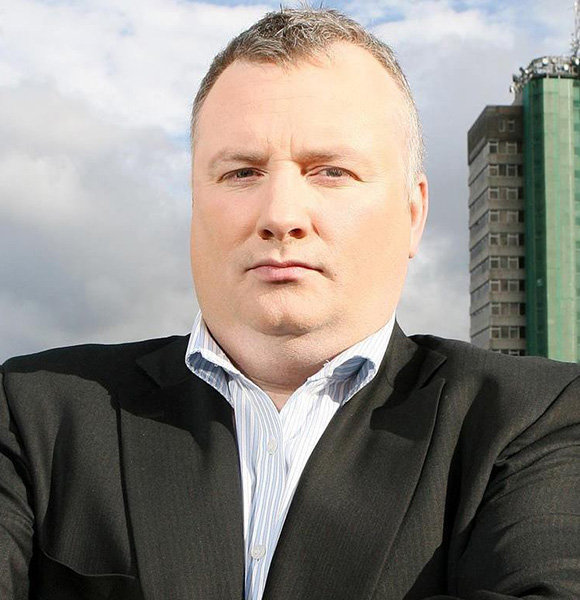 The BBC Northern Ireland TV’s host, Stephen Nolan, popular for his radio show “Ulster," was recently caught up in the news for suing Twitter trolls and getting a six-figure amount compensation.

Trollers To Pay The Hefty Amount To Nolan

Nolan has come forward and said that this is a warning to other internet trollers who will try to make the presenter subject to such trolls in the future.

Apart from his controversies, people often wonder about his sexuality and his girlfriend.

The broadcaster surprisingly uplifted the talks about him getting married when he lost his weight after hitting age 40 in 2013. Within a year, he lost eight pounds by adopting healthy food.

While the audience was mischievously waiting to know more about his partner, he never shed light on his soon-to-married life. But he could not keep it hiding for a long period after his self-claimed girlfriend arrived to confront Stephen when he was lashed out at internet trolls.

Before showing up into the difficult moment, his so-called partner had bombarded Stephen and BBC with numerous phone calls and text messages every day. While Stephen had not showered any hints on his romantic life with a Scottish woman, she persisted that she is his girlfriend.

To make her words more worthful, she directly flew to Scotland from his home to surprise Nolan at his workplace.

A source reported that while Stephen was parking in front of his office, a woman was screaming at him, quoting they been in this relationship for ten years and that it is disgraceful that the way she was being treated. But he ignored her and was fearful for his safety as she got aggressive after he avoided her.

It's normal when the followers stalk over their celebrity idol, but it's different when someone pursued him all the way by taking a flight to track him claiming to be his girlfriend. Later it was reported that the stalker was obsessed with him after watching him on his show.

"The stalker had built up an online obsession with him and then harassed him in the real world."

Well, his stalker's crazy partner's whereabouts are not known, but this was not the first time he has been stalked on.

The Most Important Question: Is He Gay?

While he solved the case regarding his relationship with the stalker woman, he has not sowed the seed either in dating life or married life.

Stephen Nolan has had speculations about his sexuality since one of his pictures went viral on social media. As per Nolan, the picture was part of a skit. However, upon seeing Nolan on his knees with just boxers, the internet world assumed he was engaging himself in same-sex activities. The picture now cannot be found on social media.

Going by Nolan's word, he is straight and encourages people not to spread such rumors.

Achievements In His 2 Decade Long Career

Stephen Nolan, aside from being a host on “Nolan live" on BBC, is also a host of “The Stephen Nolan show” on BBC and the famous show “Ulster” on his radio show.

The 47-year-old has achieved lots in the span of his career. He has won 12 sony radio academy awards. He currently holds a record for most gold in the history of sony awards. He was also given the title of UK speech broadcaster of the year 2003. And he has been able to manage to add a couple more in his bag of awards.

Stephen Nolan earns an annual salary of about £390,000 to £394,999. With such a generous salary, his net worth is supposedly on millions.