By LRU Writer | On: May 12, 2019
Lauren Zima is a Hollywood host to watch out. While the senior producer of Entertainment Tonight always brings her A-game; interviewing celebrities, people just adore her for her coverage of the Bachelor Nation. Her workplace also describes her as the number one host for all things Bachelor!...Lauren’s Bio...Dating Life...Lauren’s Ethnicity 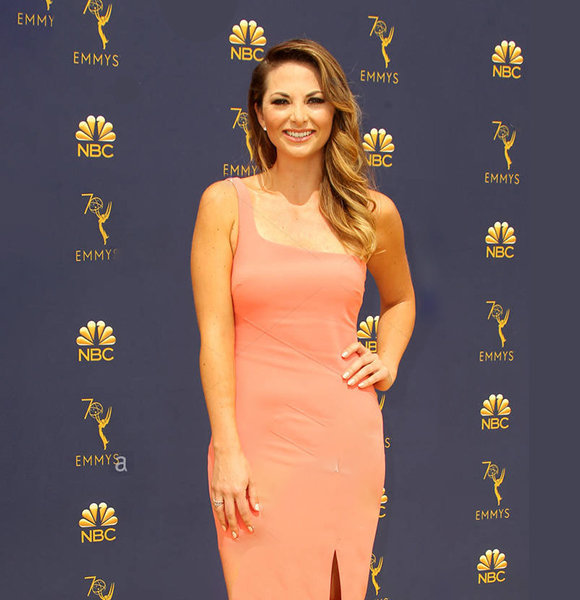 Lauren Zima is a Hollywood host to watch out. While the senior producer of Entertainment Tonight always brings her A-game; interviewing celebrities, people adore her for her coverage of the Bachelor Nation.

Her workplace also describes her as the number one host for all things Bachelor!

Discover her bio to learn about her dating life and career!

The Hollywood pro, who celebrates her birthday on 29th of November, was born in 1981 in Chicago. She went to the University of Missouri to study journalism. While at college, she was exposed to weekly-improv with Comedy Wars.

After graduation, she moved to LA and started studying improv at iO West, the Upright Citizens Brigade Theater and The Groundlings. Her past in theatre inspired her to take up the reality show, Disaster Date. Post MTV’s reality show, she stuck to hosting rather than participating in a reality show. Having said that, she thoroughly enjoyed working among good looking people in Disaster Date.

Lauren’s career profile increased when she joined leading entertainment portal Entertainment Tonight in 2015 as host and the senior producer.

Lauren fell hard in love with her boyfriend, Charles McKeague. The love birds even took their relationship to the next level by getting married at a lovely wedding ceremony. But the pair couldn’t last long and parted ways; Charles filed for a formal divorce in January 2019.

Well, the pretty lady didn’t take time to move on in her life as just days after her husband filed for divorce; Lauren made her red carpet debut with a new boyfriend, Chris Harrison. The pair looked much in love at the Chateau Marmont on 29th January 2019. Lauren Zima and her boyfriend Chris Harrison make their red carpet debut as a couple at the Chateau Marmont on 29th January 2019 ( Photo: Lauren Zima's Instagram)

The Bachelor host went on to reveal that the pair had started dating in summer 2018 in secret. But the couple made the relationship public only when Lauren’s divorce got in the process of finalizing.

Post the relationship news broke out Lauren came in the limelight as it was the beloved host’s first official girlfriend after his divorce.

Read About Chris's Unsuccessful Marriage:- Chris Harrison: Divorced With Wife of 19 Years, Is He Dating Someone? Girlfriend Rumors

Chris and Gwen Jones were a married couple before eventually parting ways in 2012. The ex-spouse's eighteen-year-long marriage produced two children; Joshua and Taylor.

Both Lauren and her beau’s second chance at love got people excited. Notably, The Bachelor nation fans cannot help but speculate that the host and her boyfriend, height 5 feet 8 inches (1.78 m), got engaged.

However, far from making Chris her fiance, Lauren is enjoying her relationship with the handsome guy.

Although the Entertainment Tonight host holds American nationality via her birth country; USA, she boasts Greek ethnicity from her father’s side.

Lauren’s father sadly passed away in March 2010. Son of Greek immigrants, he wanted to visit the place his family came from, but he died before visiting the European country. Lauren’s family fulfilled his last wish by spreading Lauren’s old man’s ashes in Greece.