By LRU Writer | On: August 20, 2019
Leona Lewis... the happy day came on...spent the entire night singing and dancing, cherishing the...by profession...is the daughter of parents...plenty of support from her parents for...net worth of $ 24 million in... 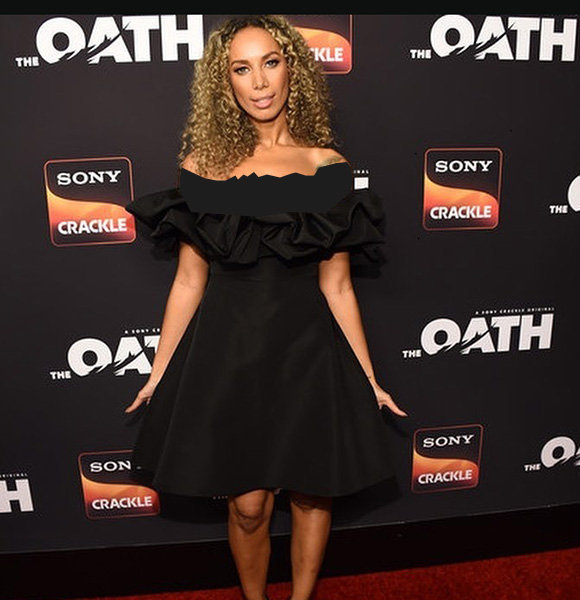 In July 2019, news spread like wildfire that Leona would tie the wedding knots with Dennis in a fairytale-like wedding in Italy.  Lo and behold, the happy day came on 27th of the same month.

Leona and her husband were surrounded by friends and family on their wedding. Their wedding ceremony took place in the vineyards of Tuscany. Leona, who spent time and attention to her wedding to be near perfect, wore an ivory laced gown from Mira Zwillinger and an elegant veil with some flowers. Her partner, on the other side, donned a traditional black & white suit with a matching bow tie.

After exchanging their vows, the married duo spent the entire night singing and dancing, cherishing the romantic moment in each other's embrace.

Leona's husband, Dennis Jauch of age 30 is a choreographer and entrepreneur by profession. He is also the CEO of No Ceilings Entertainment.

Leona first met Dennis, when he was a backup dancer during one of her tours in 2010. Meanwhile, she had just split with her childhood sweetheart, Lou Al-Chamaa.

However, Leona and Dennis eventually fell in love and went on to date each other from August 2010. Spending a happy and lovely dating life for eight years, on 7 August 2018, it was assumed the two had got engaged to each other.

Engaged To One Another:- Robbie Arnett Engaged, Fiance, Net Worth

Then in November of 2018, Leona and her boyfriend made their engagement public. Dennis had popped the question during the summer of 2018 when the duo was spending a romantic holiday in Puerto Rico.

The singer was born on 3 April 1985 in England. She is the daughter of parents Aural Josiah Lewis and Maria Lewis. While Leona holds African-Guyanese ethnicity from her father's side, she is a descent of Welsh, Italian, Irish through her mother.

Sharing the same lineage is her younger brother and also an older half-brother.

Raised in London alongside her brothers, Leona developed a passion for singing at an early age.

Enrolled by her parents at various different institutes like Sylvia Young Theatre School, Italia Conti Academy of Theatre Arts, the Ravenscourt Theatre School and BRIT School for Performing Arts and Technology, Leona recieved plenty of support from her family.

Leona pursued a career in singing at the age of 17. She did various jobs to generate funds for her demo album. But the efforts were wasted, as her album never got released commercially.

Following the struggle, the singer truly got to shine through the reality show, The X Factor. In 2006, she won the third season and turned into a multi-platinum selling artist in no time.

She released her first album Spirit in 2008. Nominated and winner of many Grammys since her debut, the beautiful singer has sold over 30 million records worldwide. Leona Lewis now holds a net worth of $24 million in total.