By LRU Writer | On: May 24, 2019
It's hard to move on in life after experiencing a tragic heartbreak, but everyone has to eventually make peace with the fact that relationships don't last forever...American TV Host-Gospel singer Lexi Allen faced similar circumstances after the unexpected death of her husband...She did move on but took longer than most others... 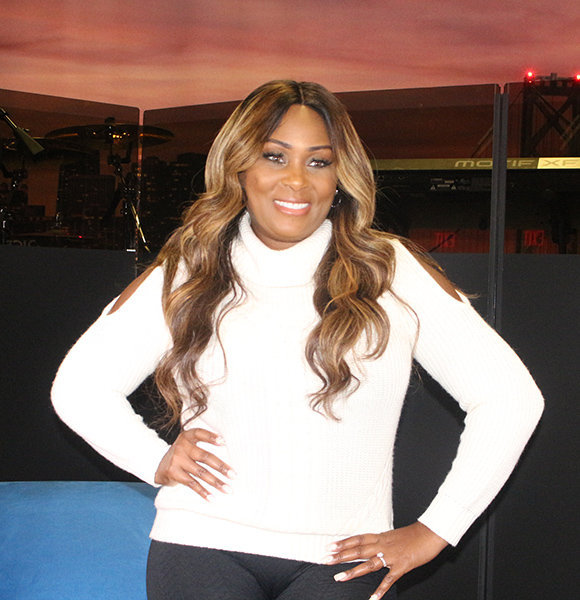 It's hard to move on in life after experiencing a tragic heartbreak, but everyone has to eventually make peace with the fact that relationships don't last forever.

American TV host Lexi Allen faced similar circumstances after the unexpected death of her husband. She did move on but took longer than most others. Though being engaged to her new partner, she changed her mind at the last moment.

Lexi was previously married to music producer-writer, Michael Allen. The husband-wife duo worked in a professional capacity as Michael was her creative partner. The couple has a son from their marriage, 17-year-old Michael Alexander Osaze Allen.

However, in October 2004, tragedy struck the happy family of three. Michael, who was diagnosed with cancer, succumbed to the illness. Lexi mourned her deceased husband for several years before she had to move on eventually.

In October 2018, after 14 years of her husband's death, Lexi got engaged to a new partner. However, the identity of her partner remains a mystery. The lovers were set to be married in May 2019, but a day before the wedding Lexi announced the unexpected.

Via a clip on her Instagram feed, the American journalist canceled her wedding. As the reason for the split, Lexi mentioned that her then-fiance was not the right one for her.

Instead of getting married, Lexi traveled to Jamaica, where she met her family members and enjoyed bachelor life.

51-year-old Lexi was born in Columbus, Ohio as Alexis Marie Nucklos to Christian parents. She possesses an African-American ethnicity. Her mother, Dr. Ruby Nucklos - who previously worked as a physician - was made a Professor earlier in 2019.

Belonging to a religious family, Lexi sang at her granddad's church since she was a child.

After completing her education from the Bowling Green State University with a degree in Interpersonal Communications, she started working as a background singer for various artists like Fred Hammond, Vanessa Bell Armstrong, and more. Lexi's first album as a gospel singer was Call Her Lexi, which was initially delivered in 1990. Till date, she has released several albums including And That's The Way It Is, A Praise In The Valley, What Heaven Hears, and more.

As a TV host, Lexi - who is at the height of her career - has accumulated millions in net worth. Further, she makes substantial earnings from her YouTube channel titled Lexi Television, which has contributed to raising her net worth.