By LRU Writer | On: April 17, 2019
Unlike many celebrities today, Lia Marie Johnson was an actress first before she became an internet personality... Read along to learn more about Lia's essential details... 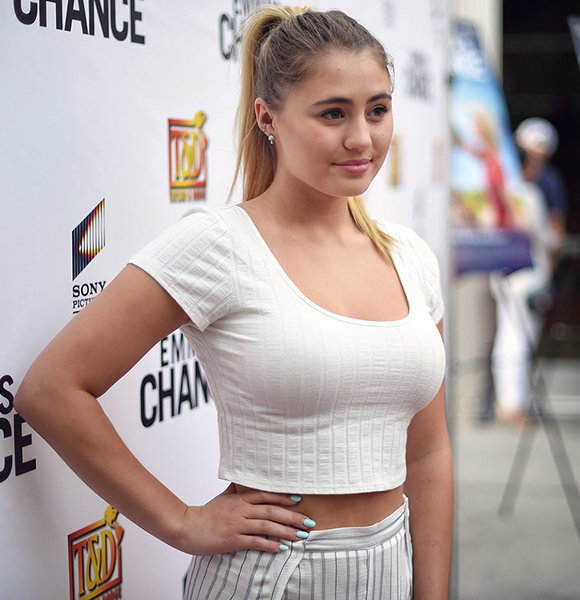 Unlike many celebrities today, Lia Marie Johnson was an actress first before she became an internet personality.

At age 12, in 2008, the Wahiawa Hawaii-native made her TV debut on the beloved series When Weather Changed History. Two years later, she began making appearances on Emmy-winning web series Kids React and then on Teens React.

Read along to learn more about Lia's essential details!

Born on 23rd November 1996, Lia most likely completed her high school education in Florida despite being a Wahiawa Hawaii-native. She later moved to Virginia before finally settling in Southern California.

Suggested:- Who is Eivin Kilcher Mother? Including Bio With Age, Education, Net Worth

What she lacks in her five feet and six inches(168 cm) height, The Unit actress - now age 22 - makes up for it with her undeniable charisma and relentless work ethic.

Lia's family ties with the military meant that she and her siblings - four younger sisters and one younger brother - did a lot of traveling growing up. Of her five siblings, only Katherine is her biological kin.

After her parents parted ways, she and her Katherine moved to Virginia. While in Virginia, the DNA songstress' mother got remarried. Emma, Sammie, Lexy, and Tyler were born from her mother's second marriage to her step-father.

Net Worth From Songs & Movies

An avid fan of acting, Lia participated in numerous school plays. Her parents were her biggest supporters.

Around 2007, she launched her YouTube channel, wherein she showcased her talents. After her TV debut a year later, the 22-year-old actress went on to star in numerous TV shows including Counterpunch, Finding Cody, MyMusic and Spirits.

Likewise, her impressive acting catalog saw Lia star in a handful of movies such as The Thinning, Expelled, Bayou Caviar and Emma's Chance.

Alongside her silver screen exploits, Lia has even left a mark as a front lady of the musical band Pink Army. Some of her notable songs include Moments Like You, The Cold Heart Killer and The Wave.

Thanks to her talents, the actress-turned-songstress has amassed over a six-figure sum in net worth.

Having spent half of her life in the limelight, Lia doesn't boast a dramatic dating history despite the fact.

Between 2014 and 2016, the Nerd Wars actress enjoyed a blissful romance with JC Caylen, a YouTube star by trade. After a series of exchange on Twitter, she and her former boyfriend finally began dating in February 2016. The duo called it quit in 2016. Following the separation, her ex-boyfriend JC got romantically involved with Chelsey Amaro. Meanwhile, the Champagne singer ignited a romance with a mystery man named Ian.

A residence of San Diego, Lia's boyfriend Ian is a year older than her. Going by the lovebirds' Instagram activity, they couldn't have started dating before 2017.