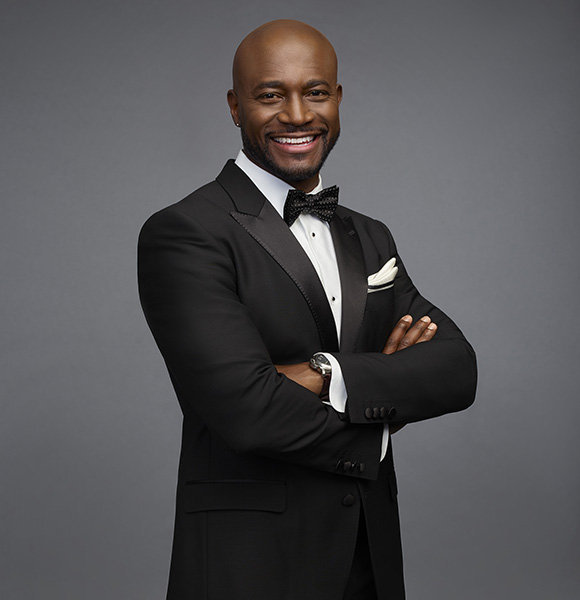 A once-in-a-generation talent, Taye Diggs took the show biz world by storm in the mid-'90s as a part of the Tony Award-winning theater production, Rent.

Apart from his amazing career, there has been speculation about the star's sexuality, tagging home as a gay man.

Let's look into it

Back in May 2015, ahead of his Broadway debut in Hedwig and the Angry Inch, he joked to TMZ that he possessed flaming homosexuality in him, teasing about being gay.

Adding on to the gay rumors, he stated that he once worked as a male prostitute and was a drag queen in high school.

Not only is "Rent" Taye's career-defining work but also a hotbed that would dictate his life for the next two decades or so.

On the set of the very Broadway play, in the year 1995, he met his ex-wife, Idina Menzel. After seven years of dating, in April 2002, he and then-girlfriend Idina got engaged.

Adding on to their happiness and not being content with just being engaged, the duo eventually got married on 11th January 2003. They welcomed their first bundle of joy - a kid boy named Walker - some seven years later.

Less than three years after Walker's birth, in 2013, Taye announced separation from his then-wife, Idina.

In A Decade Long Relationship:- Will Arnett Dating Again, Who Is Girlfriend After Divorce? Kids, Age, Height

The former couple's divorce got finalized on 3rd December 2014. Despite the spit, they share an amicable bond.

By the time the divorce got finalized, Taye was already in the dating scene.

He debuted his first post-split romance at the June 2014 BET Awards while gracing the red carpet event with his then-new model girlfriend, Amanza Smith. The duo went on to date for more than four years before the eventual split in October 2018. After his ex-girlfriend Amanza though, the Rent actor professed a desire to step back from the dating pool on his son's advice. Moreover, he's not even sure that he will ever marry again.

Born on 2nd January 1971 in New Jersey, Taye grew up in an artistic household alongside his two younger brothers and two baby sisters. Both of his brothers are musicians, while one sister is a dancer.

He inherited the love for art from his parents Marcia Berry, an actress and teacher, and Andre Young, a visual art lover. Meanwhile, he adopted his step-father Jeffries Diggs' last name once his mother remarried.

Talking about his career, he reprised the role of Benny in the 2005 movie adaptation of Rent.

Before making his splash in the entertainment industry, the Broadway star-turned-actor honed his skills while pursuing a BFA in musical theater at Syracuse University.

Of we talk about recent projects, the actor is working on While You Were Dancing, which is in its pre-production stage, and The Best Man: The Final Chapters, which is being filmed at the moment.