By LRU Writer | On: February 07, 2020
Lisa Vidal is an actress and producer famous for her movies and TV shows like Mighty Aphrodite (1995)...has been married to her husband since...Her husband works as a...They are blessed with three children...the actress was diagnosed with cancer...was born to parents...at the age of...her height extends to 5 feet 3 inches (1.6 meters)...ethnicity from family... 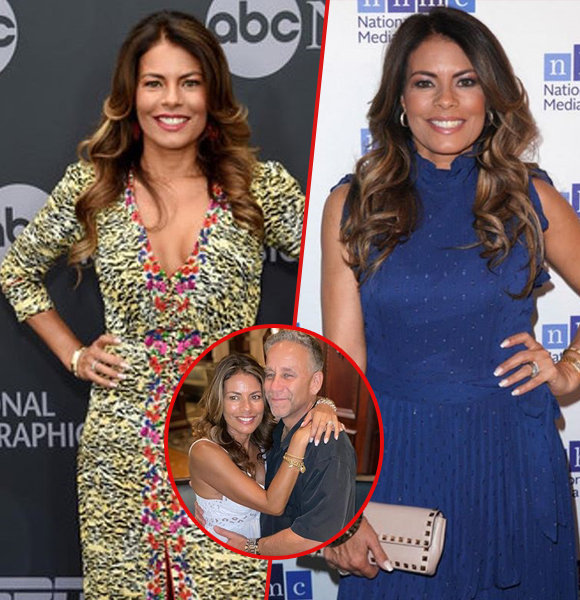 The actress is married to Jay Cohen, a real estate agent. The couple tied the knot on 6th January 1990; they have been together for more than thirty years.

The Being Mary Jane (2013) actress was diagnosed with breast cancer in January 2016; she opened up about her disease in an episode of The Real in November 2016.

Lisa stated that she had invasive ductal carcinoma, which is said to be the most common type of cancer, according to the Mayo Clinic. And she further added,

The reason I really wanted to talk about this, not only to share the experience, but to also say that early diagnosis is so crucial and mammograms don’t always find it.

As of now, the actress is healthy and is cured of cancer.

Lisa was born on 13th June 1965 in New York City. Her parents are Manny Vidal and Josie Vidal. Her father worked as a tax consultant and businessman while her mother was a secretary. The actress has two sisters: Christina and Tanya, and a brother named Christian.

Another Personality Who Was Diagnosed With Breast Cancer:- Roxy Jacenko, on Work, After Breast Cancer Diagnosis: Unsure on Visiting Jailed Husband