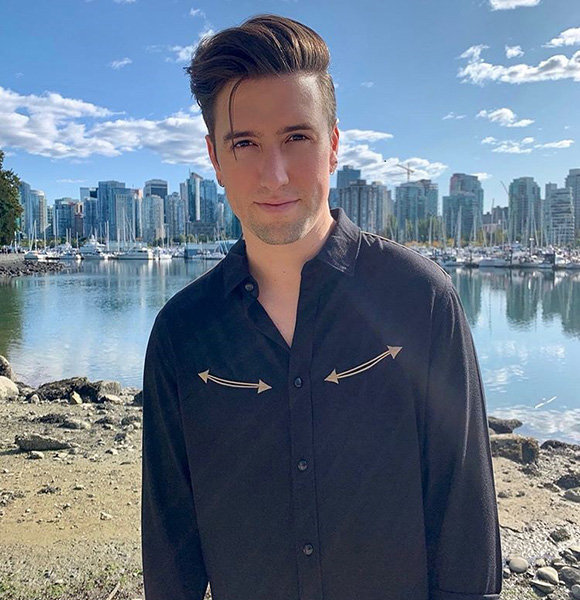 In the course of finding the right one, not everything goes smoothly as expected, even when someone comes across their possible partner. Sometimes, the reasons behind the split are obvious, whereas sometimes, it's not.

Likewise, American pop singer Logan Henderson's love life and girlfriends revolved around the same scenario. However, there was a silver lining that came with it.

Before Logan Henderson started dating anyone publicly, he got linked to an A-list singer.

Rumors were floating that he was romantically linked with singer Demi Lovato. However, since no facts or hints pointed toward their possible relationship, the reports were likely false.

Moreover, no comments were ever made on these claims from both sides.

These stories surfaced before he started dating his co-star Erin Sanders from the show Big Time Rush in 2010. However, it was evident that their love for one another started taking shape while working on the show.

However, the boyfriend and girlfriend parted ways a year later. Also, he never disclosed the reason behind their split.

Cast Of Big Time Rush :- Is James Maslow Married To Wife? Moved On From Former Dating Affair Like Ex-Girlfriend Did?

Furthermore, in May 2011, he started dating his actress girlfriend, Britt Anderson. But, sadly broke up just a few months later.

After this, he kept from staying in any significant relationship for about two years.

However, in October 2014, the actor started seeing his actress girlfriend, Makenzie Vega. The two were spotted spending PDA-filled moments in a local farmers market in Studio City, California, that month.

Since Makenzie is the sister-in-law of his bandmate Carlos PenaVega ( from the band Big Time Rush), the two were introduced to one another through him.

Interestingly, the singer remained committed to his partner for almost two years this time. And his fans safely assumed that he was still dating, but when the news of his girlfriend's marriage broke in February 2017, it left many perplexed.

She married another man named Blair Norfolk when fans assumed the two were still together.

It's still unknown when or why they broke up. But that doesn't matter now, as the songwriter seems to have moved on with a new partner.

In August 2019, he posted a picture featuring a potential girlfriend and mysterious girl along with a caption quoting:

It's not verified if the girl beside him is a friend or someone more than that. But, the two did appear to be close to one another as she was lying in his arms. Verifying the rumors, the star is dating his girlfriend, Jasmin ML, and they seem very much in love.

The actor expressed his appreciation for his partner through Instagram on her birthday, stating:

"How fitting your Birthday is on Valentines…when I think of you I think of love
Happy Birthday Sweetheart
Here’s a song for you."

Logan Henderson's birthname is Logan Phillip Henderson, and his date of birth as per the official records is 14th September 1989.

The 32-year-old actor was born in the state of Texas in Dallas. He comes from a diverse ethnicity as his parents, Jeffrey Lynn Henderson, and mother, Pamela Ann Wright, come from partly Mexican and Polish ancestry, respectively.

Although the artist is the only son in the family, he does have a younger sister named Presley Henderson. Unfortunately, even though she has appeared in the 2013 movie Escape from Polygamy, she hasn't acted in any other movie projects since then.

In terms of his body features, fans have shown a significant interest in his tattoo in recent years.

The actor, with a height of 5 feet & 9 inches (1.75 meters), boasts beautiful flower-shaped tattoos between his right arm and hand.

For those interested in where the Big Time Rush band member stands financially they won't be surprised to know that he has amassed a net worth of $10 million, according to Celebrity Net Worth.

After all, besides the sales of his tracks, he earns a vast amount from his tours and concerts.

Net Worth Of $10 Million :- Michael Beasley Net Worth, Girlfriend, Children

Moreover, in 2019, he went on a major musical tour across the US, performing in more than 30 shows.

So, it's evident that his performance significantly boosted his net worth. Also, his self-titled YouTube channel with more than 150 thousand subscribers fetches him an average of $6 - $102 per month.

Stay with us for more updates regarding the star's professional and personal life.