By LRU Writer | On: September 06, 2018
he had dreams of enjoying a content family life and wanted to spend more time with his newly born son and wife...he remained close to his passion as he joined ESPN as an NFL Front Officer Insider...is yet to utter a word regarding his married life with wife...Louis, age 56, and Robb isn't the only former athletes in the Riddick family 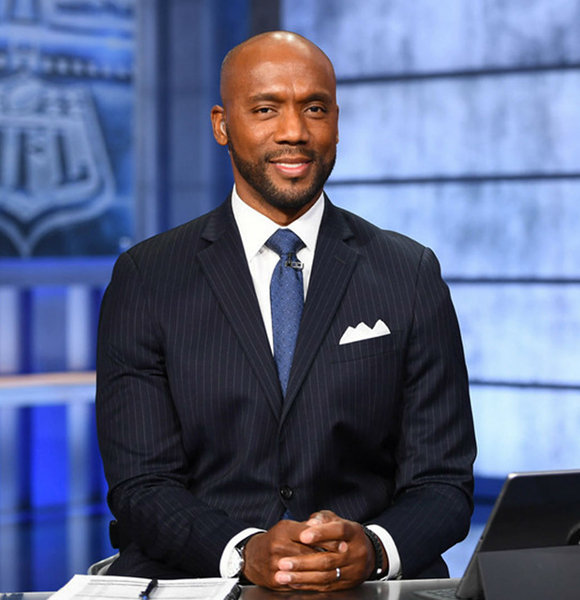 The former NFL player, Louis Riddick has become one of the most respected voices in the sportscasting industry. Even after his retirement from the football field, he remained close to his passion as he joined ESPN as an NFL Front Officer Insider.

After his career as a player ended, he had dreams of enjoying a content family life and wanted to spend more time with his newly born son and wife. However, he was unable to stay away from his passion for a long time returning to his passion football as a coach.

Besides his high profile professional life, Louis is the father of two children whom he usually gushes on the social media account. Since his children are already in the elementary school and college, he expressed that it makes him emotional as the time flies too fast.

Louis Riddick, who works as the bridge between audience and government, is yet to utter a word regarding his married life with wife. Though he has not revealed anything about his personal life, he turned a chapter about his family which includes his wife and children in an interview.

When his NFL playing career ended in 1999, he explained in an interview with NFL engagement in 2013 that he was hoping to be able to spend much-needed quality time with his wife and oldest daughter in Atlanta. He stated:

"When my playing career in the NFL ended in the fall of 1999, I was fortunate enough to be able to take my time and stay at home with my wife and oldest daughter at the time in Atlanta and simply relax and ponder what my next move would be from a 2nd-career perspective."

"I initially was not interested being that my wife and I had just had our 2nd child and we were quite content with our life in Atlanta."

Also, he gushed about his children's academic progress via tweet. He could not believe that the time flew so fast and his daughter is already in the college. He took to Twitter back in August 2017 sharing his shock at how quickly time passed:

"If moving your child into college doesn't cause you to tear up as a father, I don't know what to say to you."

Despite providing his fans with plenty of insights on his family perks, he has not yet delved into detailed information about his family life.

The family moments for the former balled however has not always been full of roses. He revealed in 2013 through a tweet in 2013 that his father had passed away 13 years ago to this day in 2005. He expressed his grief and memories of his father on Instagram on 18 July 2018 and called him the main support of his career.

He further claimed that he still could hear his father saying, "boy stand up straight and smile at the camera."

Career And Net worth; Family Of Athlete

Born on 14 March 1969, Louis grew up in Quakertown, Pennsylvania, alongside his brother, Robb, who is 12 years older than him. His brother is also a retired NFL player who had played for the Buffalo Bills (1981-1989).

Louis, age 56, and Robb aren't the only former athletes in the Riddick family, as their cousins, Tim, and Will Lewis are also the former players. Though Louis lost his supportive father at the age of 65, he has not spoken anything much about his parents.

So while he was asked about his career in an interview with The Morning Call back in January 1987, he cleared that his parents were always supportive of his career choice saying:

"We are as close as a family can be. But the great thing about the family is that we are all urged to remain individuals with the group. My parents mean a great deal to me, but they know this will have to be my decision."

After officially retiring from the football field as a player, he still remained close to the game being the NFL front office for more than a decade with the Washington Redskins and Philadelphia Eagles.

He started his career as the pro-scout in Washington Redskins for three years spanning from 2001 to 2004 and was promoted to director of pro personnel from 2005 to 2007.

You May Also Like:- ESPN's Victoria Arlen; Former Boyfriend Call Her Back – Dating Again?

Similarly, Louis, who stands at the height of 6' 2",  was hired by Philadelphia Eagles as a pro scout back in 2008. And in between 2010 to 2013, the University of Pittsburgh alum served as Philadelphia Eagles’ Director of pro personnel.

After working as director of personnel, Louis joined ESPN as a football analyst in May 2013 and since that day, he has been with the network till date. He has become one of the most well-respected voices in the industry.

However, Louis Riddick will be replaced by the former NFL strong safety Matt Bowen in ESPN's NFL Matchup.

While working for ESPN, he reportedly earns the six-figure salary as the average salary of ESPN is $76K. With his handsome salary, the sportscaster might own a good net worth from his ESPN career and NFL career.