By LRU Writer | On: May 16, 2019
Louise Roe is a famous British TV presenter, model, and fashion journalist...came into the public spotlight after hosting The Clothes show on...net-worth is $2 million...has also hosted STAR World’s reality show Fit for Fashion and ABCs red carpet coverage of Oscars... 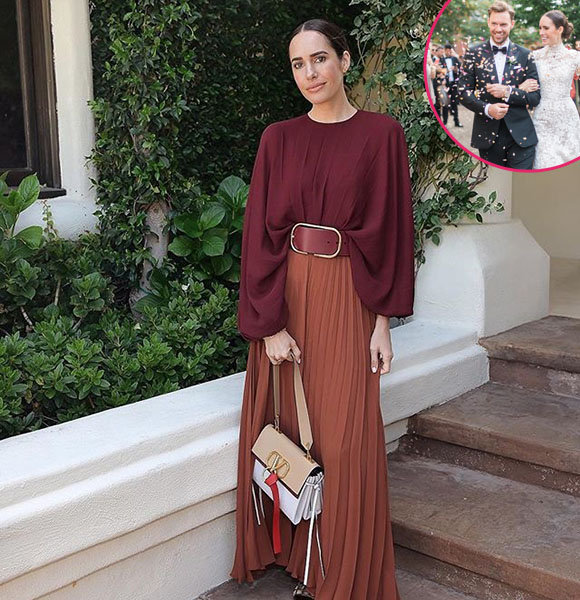 Louise Roe is a famous British TV presenter, model, and fashion journalist. She came into the spotlight after hosting The Clothes show on BBC and MTV movie awards red carpet show. In 2015, she appeared as a judge on Miss Universe beauty peasant.

She hosted STAR World’s reality show Fit for Fashion and ABC's red carpet coverage of Oscars. She has a net worth of $2 million.

Louise Elizabeth Roe was born on 3rd December 1981 in Surrey, England, UK. She grew up with her two sisters and parents; Christine and Stephen Roe.

For her schooling, she got admitted to strictly all girls school Guildford High School. She finished her college from Durham University with an honors degree in English Literature.

Her first appearance in a TV show was in 2008; on Britain and Irelands Next Top Model. Ever since then, she has hosted fashion and style-themed notable shows including E!’s Fashion Police, NBC's Fashion Star, Plain Jane, and TLCs Style By Jury.

Apart from being a TV host, Louise Roe is also a fashion blogger. Her articles have been featured in Vogue and Elle magazines.

With an attractive height of 5 feet and 9 inches(1.75m), she has a slim and voluptuous figure that weighs 57 kilograms with measurements of 34-23-33 inches.

Louise Roe is married to her husband Mackenzie Hunkin, an Australian director.

They first met one another on the set of TV show Style by Jury which was being directed by Mackenzie and hosted by Louise Roe herself. They got engaged in 2016 after dating for three years. However, it wasn’t Louise Roe's first engagement though.

Previously, she was engaged to Abercrombie & Fitch model Josh Slack in 2012. But, she parted ways with him in 2013 under reasonable terms.

The wedding ceremony was held in the chapel at Eton College in the English countryside. The bride and the groom took their vows in the presence of 150 guests, which included friends and family. On January 2018, the married duo welcomed their daughter Honor Florence Crosby Hunkin into their family.

Louise has an extreme love for fashion. She has done modeling for famous brands like Adidas, Italian fashion brand Hogan, Reiss, and Bloomingdales. As per her, a style represents a medium of expression of our different moods and levels of confidence.

Her favorite style of choice includes the 70s themed bright look with lots of heels, hats and cocktail rings while her inspirational fashion icons include Lauren Hutton, Lou Doillon.

Widely regarded designers Holly Fulton and Marchesa are among her favorite ones. She also revealed high-waisted denim flares, ankle boots and cashmere sweater as among her wardrobe staples.