By LRU Writer | On: April 04, 2019
Since the age of 2, Madison Haschak has used her dance moves to leave people around her mesmerized...Touted as one of the best up-and-coming dancers on YouTube, the social media star rose to prominence after appearing on the music video for MattyBRaps' 2016 single My Humps... 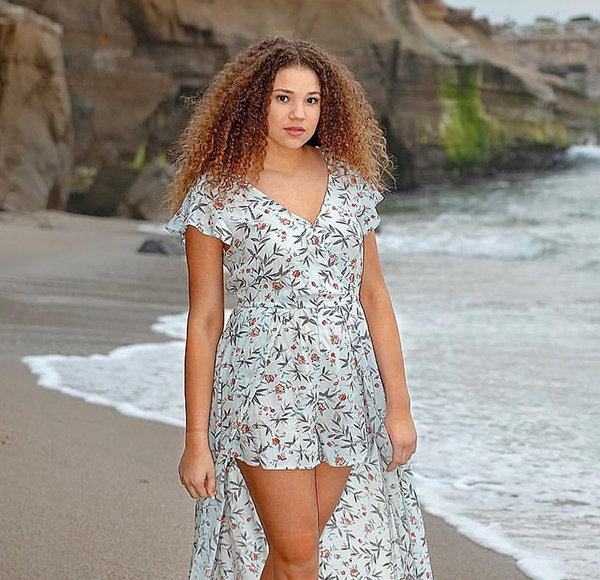 Since the age of 2, Madison Haschak used her dance moves to leave people around her mesmerized.

Touted as one of the best up-and-coming dancers on YouTube, the social media star rose to prominence after appearing on the music video for MattyBRaps' 2016 single My Humps.

The art of dancing is something that runs in her bloodstream. A closer inspection of her will shall reveal more!

All of Madison's siblings - sisters: Olivia, Sierra, and Gracie - are dancers and have performed at the same level as her; if not, bigger stages.

Because of their parents' background, the social media sensation along with her sisters got inspired to take up dancing. Their mother, Kathi Haschak more so than their father, John Haschak.

Her mom Kathi - who is the studio manager of the Temecula Dance Company - enlisted her as a performer in the said company when she was two-years-old. Meanwhile, her dad John is a former "America's Got Talent" contestant.

Born in the year 2000, Madison of American nationality stands at the height of five feet and six inches (169 cm). A Cancer by birth sign, the California native - now age 18 - celebrates her birthday on 27th June every year.

Inside Madison Haschak's Net Worth

A gifted dancer, Madison competed and eventually won numerous dance competitions. And with a little help from her family, she became an overnight YouTube sensation.

Active on YouTube since 2008, the 18-year-old star dancer with her siblings show off their dancing skills in the aptly titled channel Haschak Sisters. Their YouTube channel boasts over 6.2 million followers while accumulating around three billion in total views.

Though Madison's solo earnings from YouTube and other solo media platforms isn't public knowledge, she and her sisters boast a reported combined net worth of more than $2.5 million.

Net Worth You Might Wanna Know:- Mini Thin Wiki, Age, Net Worth, Wife

As a solitary act though, her popularity is growing by the day. She even got featured as a dancer in Dance 2, a video game. No doubt, her solo net worth will go off the charts once she establishes herself as "the Haschak sister."

Up until December 2018, Madison's dating history was a mystery. All that changed when her boyfriend, Jonathan Fuller shared a picture of the two on Instagram. To those unfamiliar, Jonathan - now age 21 - is a University of Georgia student.

Since they began dating, the college sweethearts have enjoyed a string of dates. Most notably, the lovebirds celebrated the New Year by attending a concert in New Orleans.

Despite the exclusive nature of their relationship, she refrains from calling Jonathan her boyfriend. On 22nd March 2019 YouTube vlog, Madison introduced him as a "friend from college."