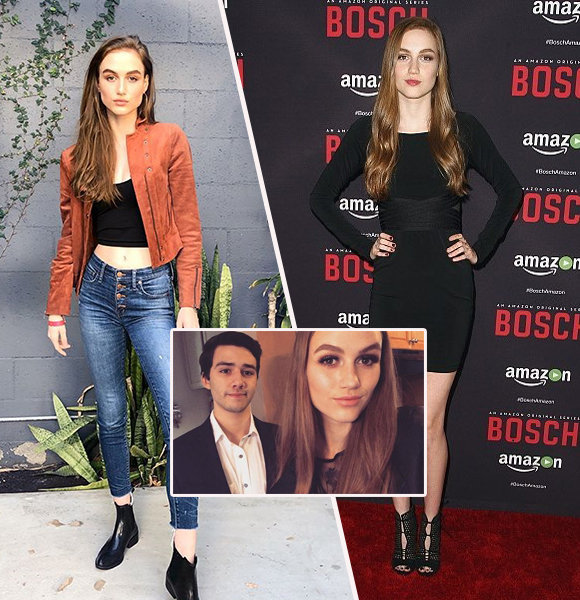 The pair reportedly broke up in 2018.

Madison was born to parents; father Marc Lintz and mother, Kelly Collins Lintz. Marc, as of 2012, worked as a buyer’s agent in Sherry & Co., a real estate company. Kelly is an actress who has worked in cinematic projects such as The Mist (2007), The Accountant (2016), and Gifted (2017).

Madison is one of the four children. Her sister Mackenzie, and brothers Matthew and Macsen, are all actors. Mackenzie has appeared in the 2012’s hit movie The Hunger Games alongside Jennifer Lawrence.

As for her brothers, both of them have worked in the show The Walking Dead. Macsen portrayed a character named Henry from 2016 to 2018, and Matthew played the role of older Henry from 2018 to 2019.