By LRU Writer | On: July 09, 2019
Mario Lopez Jr was born in San Diego, California...is an American actor and a TV host...famously known for his role on Saved by the Bell as A. C. Slater...he is married to Broadway dancer and has two kids... 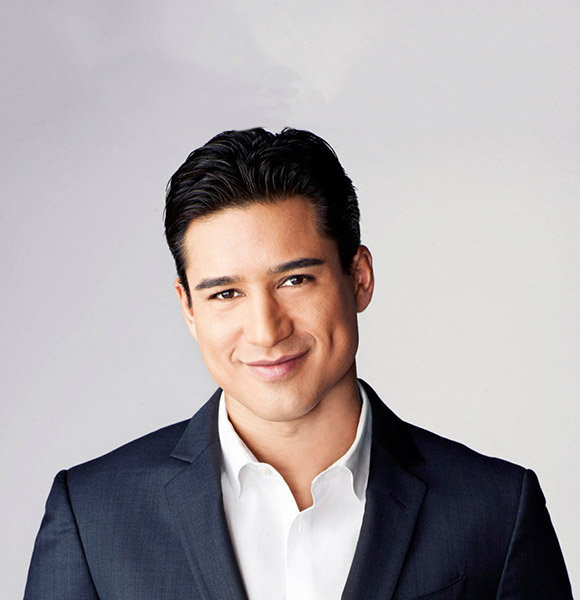 American actor Mario Lopez Jr is famously known for his part in Saved by the Bell as A. C. Slater. But, he is much more than just an actor.

He dons the hats of a TV presenter, author, and a singer. Presently, he hosts the entertainment news magazine, Extra.

Named after his father, Mario Lopez Jr. was born on 10th October 1973 in San Diego, California. His dad worked for the district of National City, while his mother, Elvia Lopez, was a clerk for a telephone company.

Raised in a Catholic family of Mexicans in the United States, Mario is an American by nationality, but his ethnicity is Mestizo-Mexican.

Regarding his measurements, the handsome star stands tall with a height of 5 feet and 10 inches (1.78 m). As for his education, he attended Chula Vista High School and graduated in 1991.

The first time doesn't always work out. Mario can vouch for the statement as he has been married twice.

The first time around, he married his longtime girlfriend, Ali Landry. After dating for six years, they had finally tied the knot. But, their marriage didn't last even a month.

It came to such an abrupt and unexpected end after Ali found out that Mario cheated on her just a few weeks before their wedding on 24th of April 2004. So, she annulled the vows on 12th of May 2004.

Mario got back in the dating scene in around 2008. He found love in Broadway dancer, actress, and producer, Courtney Mazza. Just like in the past, he married Courtney after dating for six years on 1 December 2012.

From their relationship, the couple became parents to a daughter named Gia Francesca (born in September 2010) and a son, Dominic (born in September 2013). After founding a family, Mario via a memoir of 2014, gushed why his first marriage didn't work out in the first place. He disclosed that he wasn't in love with his first wife.

Unlike his first, Mario does seem like he is truly faithful to his current wife.

On the 9th of July 2019, Mario and his wife welcomed a new addition to their growing family. The married duo's third child was born as Santino Rafael Lopez.

An exuberant Mario took to Instagram to break the joyous news. Exclaiming "It's a BOY!!!" from the hospital, he revealed that their newborn son was healthy and beautiful. Moreover, he also praised him wife Courtney for experiencing the ordeal "like a Champ!" No sooner had the "Saved By the Bell" star uploaded the post, celebs including Mark Wahlberg, Ricky Martin, Nicole Polizzi, and Jenna Ortega congratulated the pair.

Via Facebook, Mario shared a snap of his oldest son Dominic holding newborn Santino. He also wrote about how happy his two kids were when they met their baby brother.

Before he became the famous host and actor, people knew Mario as a wrestler. He wrestled for his high school and went on to compete for state levels in the California State Tournament.

Meanwhile, he was also a part of the show biz industry from a young age. He was just 11 years old when he landed his first role as Roberto in Simon and Simon in 1984. He has since then acted in several movies and TV Shows.

Besides just on the screen, he also worked behind the scenes. Mario is also an experienced producer,

The actor has been in the showbiz basically since his childhood. And he has not only made a reputation for himself but has also amassed a considerable amount of financial assets. Mario is believed to have a net worth of $16 million.