By LRU Writer | On: September 29, 2019
Chris Redd; the famous comedian and actor who also played as ‘Dank’ in Disjointed on Netflix...Before stepping into comedy, Chris was a...climbed up to the fame-filled world of comedy through...his total net worth is...Chris Redd was born in...had constant make-out sessions with... 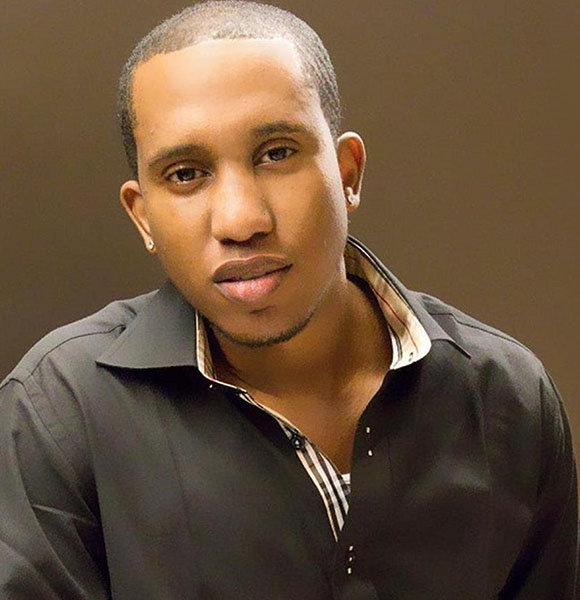 There may be very few people who are not aware of Saturday Night Live (SNL). The late-night American sketch comedy show has always given chance to young artist to showcase their talent in front of a nationwide audience.

In 2017, SNL added some new faces for its 43rd season. One of them was Chris Redd; the famous comedian and actor who also played the role of Dank in Netflix series, Disjointed.

The comedian-actor enjoys a low-key profile and doesn't let others invade his personal space. Staying in his comfort zone, Chris has not mentioned if he is together with a girlfriend or a wife.

However, he did mention in a tweet back in December 2013 that he dated a couple of ‘Choir Chics.’ The artist also added that he dated the ladies in his mind, which ruled out the hopes for any girlfriend.

Although his life may seem a little secretive, Chris' on-screen romance isn't. His character Dank in Disjointed had constant make-out sessions with Dabby -portrayed by Betsy Sodaro. But, it is safe to say that the co-stars’ romance is only limited to the series as Betsy already has a partner. Hence, it might be acceptable to assume that Chris is not in a relationship and is not married.

Before stepping into comedy, Chris was a rapper until he realized that rap was all about bringing ego to the surface. Comedy was just the opposite for him as Chris discovered his flaws and learned to celebrate them.

It was in 2016 that Chris - age 34 - climbed up to the fame-filled world of comedy through the release of Popstar: Never Stop Never Stopping. He played the character of Hunter The Hungry in the mockumentary.

From Our Vault:- SNL's Heidi Gardner Secretly Married? Her Status In 2018

Following his success, Chris starred in the Netflix original called Disjointed in August 2017. To further his success, he even featured a comedy song called Come back Barack by Chance The Rapper, Eli Brueggemann, and Kenan Thompson. The song also received the Emmy Award for Outstanding Original Music and Lyrics in 2018.

Chris later had his half-hour episode of Comedy Central Stand-Up Presents in September 2017 as well. The year turned out to be filled with opportunities for Chris as he was added in the cast of SNL. Since then, he has become one of the famous comedians that have appeared on the show.

As Chris is successful in his career, it is obvious he has a decent salary. Although his exact salary is kept a secret, it is safe to assume he earns an average of $40,000 per year as a comedian.

But, when one puts in mind his career on SNL, they can see that Chris earns much more than the figure as mentioned earlier. With his net worth on a solid rise, the artist could soon be able to afford a luxurious lifestyle.

Chris Redd was born in St. Louis, Missouri on 25 March 1985 and grew up with a brother and a little sister. His family is from Mississippi, but Chris was raised in Chicago where he studied improvisational and sketch comedy at the Second City Chicago’s Conservatory.

Chris might not be considered a tall man, but he still boasts a height of five feet and nine inches (1.75 meters).