By LRU Writer | On: January 30, 2020
Max Morley's girlfriend's split from then-boyfriend...the two started dating in...In 2013, he played for the Durham County Cricket Club as a...his co-star from the show Love Island (2015)...Clinic in Manchester that specializes in hair transplant surgery... he started to disguise his thinning hair...bio reveals his age...wasn't any major development in their relationship... 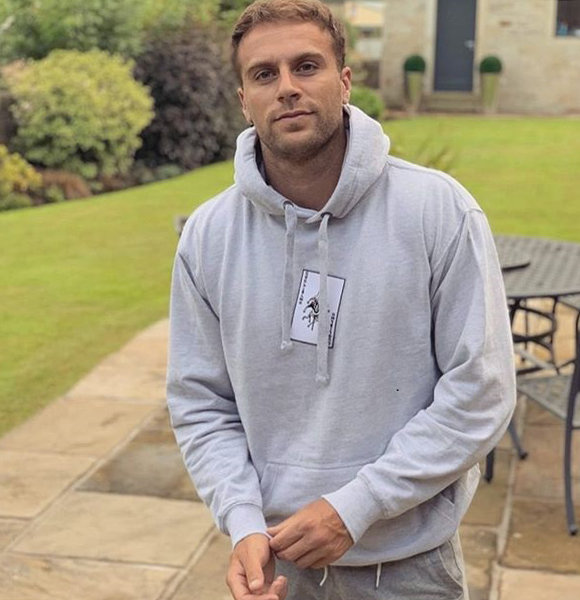 Reality star Max Morley rose to fame after his big win in the finale of the hit reality show, Love Island, in 2015. He took home the winning title along with his co-star and then partner Jessica Hayes.

Apart from appearing in Love Island (2015), he participated in MTV's reality show Celebrity Ex On The Beach (2017).

Max's last known relationship was with the reality star, Laura Anderson. The two started dating in 2018 following his girlfriend's split from her then-boyfriend, Paul Knops. The two were in an on-off relation during their dating period and even separated back in 2018.

However, Max and Laura got back together a year later and even confirmed their reunion through an Instagram post on 6th May 2019. In the picture, the two could be seen reclining on the sofa along with their pet pooch.

But, a few months later, in July, they broke up again and even unfollowed each other on their social media.

Back in 2015, Max was dating Jessica Hayes, his co-star from the show, Love Island (2015). Interestingly, both of them took home the winning title by the end of the show but also split ways the same year.

After breaking up with Jessica, Max dated Charlotte Crosby, an American TV personality, known for her appearance in MTV reality series Geordie Shore and for being the winner of Celebrity Big Brother during its 12th season.

They started dating in 2015, but there wasn't any major development in their relationship.

In 2016, Max started to suffer from hair loss, and his blonde locks started to look like a comb-over. Moreover, he started to disguise his thinning hair. Talking to The Sun Online in 2019, he shared,

When I was on Love Island my hair was always a big part of my personality, it was kind of a big thing.

Thankfully, the actor underwent a procedure at KSL Clinic in Manchester, specializing in hair transplant surgery. He even admitted that he would have gone bald if he hadn't gone through the procedure.