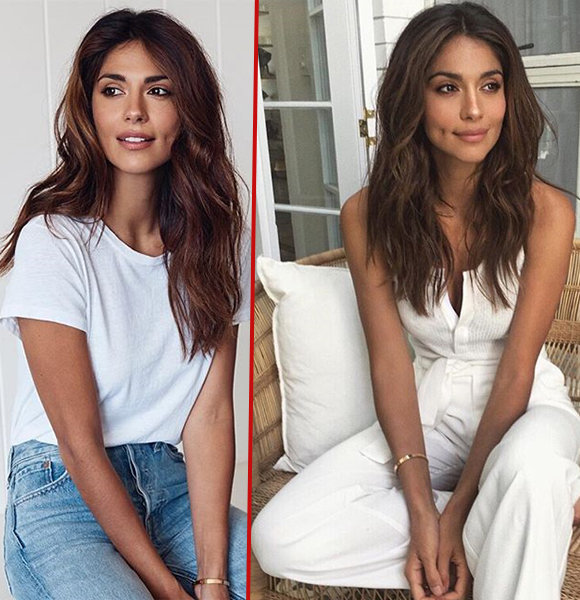 Pia Miller is a model and an actress best known for her role as Katarina Chapman on the popular Australian television series, Home and Away (2015-2018).

The Home and Away actress is also known for her appearance on Search for a Supermodel, which was followed by modeling work in advertising campaigns for brands like Mossimo and Myer.

Pia Miller is in a relationship with Patrick Whitesell.

Pia and Patrick, who reportedly started dating in May 2019, made their first public appearance at a Halloween party in October 2019.

After the first public appearance, Pia confirmed the relationship on 24h December 2019, by sharing a snap with Patrick on her Instagram. A few days later, the duo was spotted together, showing off their PDA in Sydney.

Reportedly, Pia has already introduced her new man to her family and close friends.

Pia's boyfriend, Patrick, is an established Hollywood agent, who works as the executive chairman of an entertainment and media agency called Endeavor.

He was married to media personality Lauren Sanchez from 2006 to 2019.

Following the divorce, Lauren is in a relationship with Amazon CEO Jeff Bezos, who recently separated from his ex-wife, MacKenzie Bezos.

The two started dating after being set up through mutual friends in 2005 and later tied the knot in December 2007.

But their relationship eventually hit rock bottom and ended with a divorce in 2015.

After her divorce, Pia was in a relationship with film producer Tyson Mullane.

The couple reportedly started dating in 2015 but officially confirmed their romance on Valentine's Day in 2016. After dating for more than a year, they got engaged in November 2017.

More On Pia And Tyson's Relationship:- Pia Miller: After Date Night With Tyson Mullane, Amazes Us With Sexy Figure in Bikini

But unfortunately, their relationship ended before they could walk down the aisle, and the two went separate ways at the beginning of 2019.

Pia is a mother of two boys. She had her first son, Isaiah, at the age of nineteen, from a previous relationship. She had her second son, Lennox, with ex-husband Brad in 2006, a year before they got married.