By LRU Writer | On: August 12, 2019
Having a celebrity daughter and a famous husband does bring you into the limelight. Similarly, Maxine Sneed, the editor of a black radio magazine, made headlines when she tied the knot of marriage with actor Tommy Chong and mothered his daughter Rae Dawn Chong. 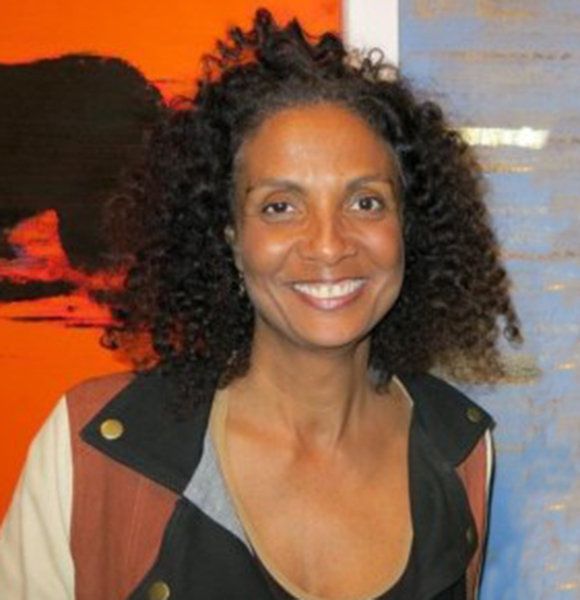 Having a celebrity daughter and a famous husband does bring you into the limelight.

Maxine Sneed, the editor of a black radio magazine, knows that better as she too made headlines by tying the knot with actor Tommy Chong. Later, she also mothered his daughter Rae Dawn Chong.

Well, if you remain anxious to know about the lady who captured Tommy's heart, then you've hit the right place!

Maxine Sneed got married to actor Tommy Chong in 1960 in Canada. The couple got blessed with the first child, a daughter named Rae Down in 1961, and after four years of their first child, the couple welcomed their second daughter, Robbi Chong in 1965.

Both of their daughters are rinsed with the fame, as Rae is an actress known for her role in 1985's The Color Purple and Robbi is a former Canadian actress.

Married and divorced thrice, Rae shares a child with first husband, Owen Baylis. Between 1988 and 1990, she shared marital ties with C. Thomas Howell, her second husband. For three years, from 2011 to 2014, she and Nathan Ulrich enjoyed life as a married couple.

Related:- Rae Dawn Chong Asks Prayers For Missing Ex-Husband! How Is The Mother Of One Holding? Rae Dawn Chong and Robbi Chong attending the premiere of 'Only God Can' at Laemmle NoHo (Photo: Zimbio.com)

However, Rae is not the blood-related daughter of Maxine. It has come to notice that Tommy was involved in a relationship with a woman named Gail Toulson while still being married to Maxine. Gail then gave birth to Tommy's first child Rae.

Maxine, along with Tommy, battled for legal custody of parental rights of Rae with Gail.

Although Gail claimed herself as the mother of his daughter, Tommy fought for the legal custody of his child and won it in their favor. Gail, age 17 that time, lost the court case only for being underage.

However, Rae was only 12 when she realized that Maxine isn't her mother by birth. Talking about how she ended up being with Maxine back in 1982, Rae said,

“He brought Maxine this baby and said, ‘Look, this is what I did when I was away.’ Maxine took me in. Then she and Tommy had their own daughter, Robbi [now 18 and a model], and we grew up together in L.A.”

Despite staying together for a decade and raising two daughters together, Maxine and Tommy parted ways in 1970; probably due to infidelities issues.

Apart from her relationship with her ex-husband Tommy, Maxine's dating history remains murky. But her comedian ex-husband got married to comedian Shelby Chong in 1975 and went on to bear three children - Paris, Precious, and Gibran - with his second wife.

Despite being linked with a famous daughter and husband, there is very less information revealed about Maxine’s profession to the media.

Having a daughter whose net worth is $4million, Maxine might have enjoyed a quality time herself. Adding to her wealth is the fortune she earned from her celebrity husband after the divorce.

Went Missing After Split:- Justine Musk After Divorce From Multi-Billionaire Husband, Where Is She Now?

Besides that, the facts about her career status and current personal life remain undisclosed to the press. Also, no news has surfaced regarding her involvement in any business organization either.

Moreover, the end of her marriage with her ex-husband Tommy Chong has resulted in her disappearance from the media. The single detail that's out is Maxine's work as the editor of a Black Radio Magazine.

As the one half of the legendary duo Cheech and Chong, Tommy continued to garner attention well into the 80s. A lifelong supporter of corporatization Of cannabis, he even began his weed line called Chong's Choice in 2016.

"It is my mothers birthday Happy Birthday Maxine Morrow!!! Wish her a happy. Thanks."

Although the birth year remains confined, it is apparent from the stated upload that is a darling of her daughter.

A native of Canda, Maxine was probably born in the early 40s, which places her around the age group of late 70s.

A Libra by birth sign, the mother of two daughters reportedly owns black Canadian and Cherokee descent. Some media outlets claimed that she holds both Canadian and American citizenships.

Before making her living as an editor, Maxine allegedly worked for big corporations as a proofreader.