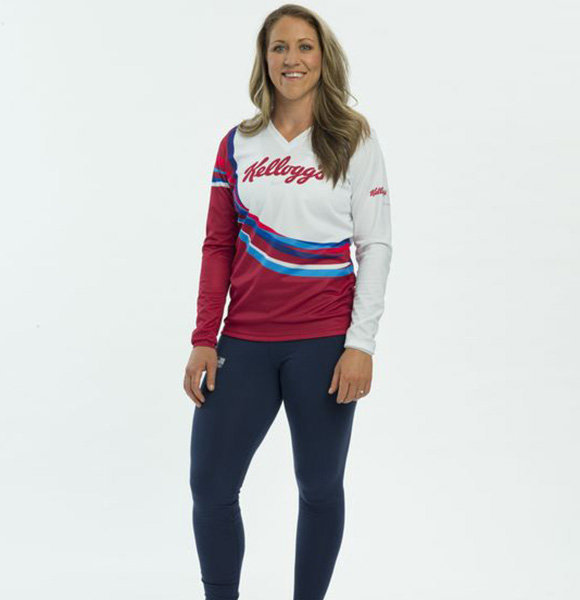 While the United States and Canada were rivaling against each other on ice hockey sports, their captains were creating a bond, the bond of marriage away from the ice.

Captain of the U.S. Women's Olympic hockey team, Meghan Duggan is happily married and her husband-like-figure is no other than the captain of her opponent team, her pretty and fierce wife.

Despite sharing a fierce competition on ice, the pair shares a beautiful romance and understanding, keeping all the sportsmanship for love!

Well, tag along as we take a look at how Meghan found love even in the rivalry.

As far as love stories go, Meghan, at the age of 31, shares an unexpected one.

To everybody's surprise, she found love even when she shared the competitiveness with her opponent team. It turns out she is deeply in love with the three times Olympic gold medal winner of the Canadian team, Gillian Apps.

While the United States and Canada have been sharing the competitive rivalry since the beginning of World Champion back in 1990, Meghan and Gillian found a way into each other's heart.

The couple not only shares romance but now shares a commitment towards each other. Just as they exchanged their wedding vows, they took their relationship onto the next level with a promise to share the love for a lifetime.

Married With Girlfriend; "Nothing But Smiles"

After getting engaged, the couple tied the wedding knot back in September 2018 during their ceremony accompanied by their close friends and family. The pair had their ceremony at The William Allen Farm in Pownal, Maine. Both, the couple opted for a white-laced wedding gown for their big day.

The duo, who had previously kept their relationship a low-key, revealed about their big day via a post on Instagram. Meghan posted multiple pictures on Instagram from her wedding day with her girlfriend-turned-wife Gillian.

She posted the picture in which Meghan and her wife are seen cherishing their big day just as they exchanged their wedding vows. Meghan regarded the day as the most incredible day of her life expressing through the caption. Meghan wrote,

"The most incredible day of my entire life" Meghan Duggan with her wife Gillian Apps on their wedding day in September 2018 at Pownal, Maine. (Photo: Meghan Duggan's Instagram)

On the other hand, Gillian also posted a picture from their wedding day in which she and Meghan are seen sharing a smile while they posed for a picture with their bridesmaids who appeared in a grey gown for the ceremony.

Through the caption, Gillian expressed how amazing their wedding felt writing,

"Nothing but smiles after this amazing weekend"

Well, the pair sure did have the best day of their life just as they began their new journey as a married couple.