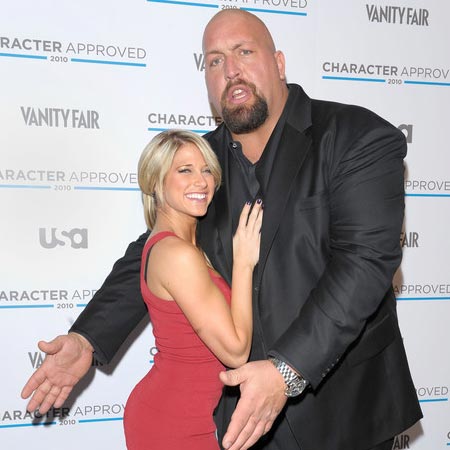 Melissa Ann Piavis was in the spotlight when she got married to her famous husband. But, her marriage didn’t last long. His partner's passion for something else caused the marriage to fall apart, resulting in a divorce.

Let’s take a look at her marriage.

Melissa Ann Piavis is a social media personality who rose to fame after marrying Paul Wight, aka The Big Show.

Melissa met her husband, Paul Wight, in 1995 when he signed his first contract with WCW. They immediately got connected and started dating. After a long period of dating, Melissa and Paul decided to settle down.

Find About: Where Is Olivia Brown Nowadays? Has She Left the Show Biz?

Melissa married Paul in 1997 and had a lavish wedding. However, Meissa could not hold on to the marriage for long. Paul had another passion that was even more essential than his marriage. Despite the fact that it hampered the marriage, he showed no regret.

The main problem for Melissa was her husband loved wrestling more than their marriage. It was bothering her too much, and the final straw for her was when her partner prioritized his profession on the day of their second wedding anniversary.

It turns out that Big Show debuted on the same day as his second marriage anniversary in 1999. Yes, the time he ripped out of the stage at the St. Valentine’s Day Massacre in 99.

Know More: Jennifer Tilly Dearly Misses Her Father! Get to Know Her Parents

We all can predict where their relationship went from there. No matter how much he loved Piavis, he would always prioritize being a wrestler over being a husband. He went on to win the WWF title in late 1999, only to lose it in 2000. But that was not the only thing he lost that year; Paul also lost his wife, Melissa that year.

Melissa started to live a separate life from her husband. But they didn’t get the divorce immediately because of their daughter. Melissa and Paul welcomed their daughter, Cierra Wight, on November 28, 1998. They wanted their daughter to grow up in a happy household, but they couldn't resolve their marital issues and officially got divorced in 2002.

After their separation, Cierra did live with both of her parents with love.

Paul had already found his love for the second time with a model when the divorce was in process. Just five days after his first wife, Melissa Ann Piavis, he got married to Bess Katramados on 11 February 2002.

Learn More:  Kyliegh Curran's Family Life- How Her Parents Helped Her Be a Star

Being a WWE sensation, Big Show has always been open about his relationship, whereas his wife prefers a low-key life. Big Show and Bess have two children.

Also, when Cierra turned 14, Paul secured her custody of Cierra. Now Cierra is living with her dad and her stepmother. They are living as a happy family. As Big Show moved on, there was no news of Melissa in the media.

Where Is Melissa Ann Piavis Now?

Melissa completely vanished from the limelight and began living her own private life. There is no information regarding her career prior to marriage or following her divorce.

Melissa, age 55, maybe is pursuing a profession she loves.

Melissa is not active on any social media, leaving everyone wondering what she's up to and where she's gone.