Melissa Sue Anderson And Her Blessed Family Life With Husband and Children! What Does The Mother of Two Look Like Today? 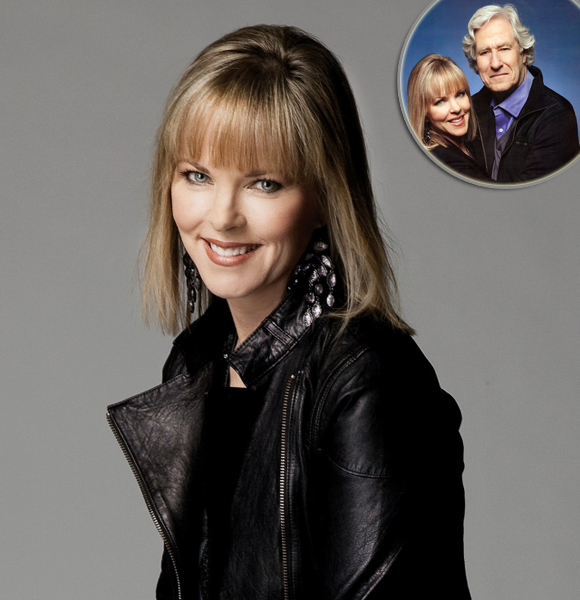 Do you remember Mary Ingalls from “Little House on the Prairie” (1974)?

Melissa Sue Anderson is a genius actress who made her mark after playing the role of Marry. However, the actress has avoided the limelight for most of her life.

Where is Melissa Sue Anderson Now?

Melissa was one of the important parts of “Little House on the Prairie,” which was famous during the 1970s. She was the only one who got nominated for Emmy for her performance in the series. But she didn’t continue acting for a long time.

Look Into: Michael Shannon's Career Has Become 'Angst Ridden'- The Reason Behind It?

Melissa has always kept her personal life out of the spotlight. As a result, there is almost no information regarding where she is now and what she is doing in 2022.

We know that she is married and has children. However, there is nothing to be known about Melissa and her family. They have maintained a low-key life. No one knows where Melissa is now or how she looks at 59 years old. That has led to speculation that Melissa is dead.

But Melissa is not dead and now lives happily with her husband. She has been a Twitter user since 2014, and she has been spotted sharing a lot of information from all around the world.

Melissa used to share glimpses of her life with the public, but she now keeps her personal life private.

She describes herself as a tennis enthusiast and a fitness lover on her Twitter account. After that, we can assume that she is in a healthy state.

Melissa is now in her late 50s and has a family of her own. According to her, the reason being her staying away from the spotlight is to keep her children away from the Hollywood spotlight.

Let’s look into her family.

In 2002, Melissa and her family moved to Montreal and became Canadian citizens on Canada Day in 2007.

Talking about her children, they both are an adult now. Her daughter tied the knot in November 2016. Melissa took to Twitter to share the big news. Similarly, the proud mother shared a snap of her son, Griffin Sloan, who graduated in May 2017. Melissa, along with her family members, went to see the movie The Equalizer as per the tweet of Melissa on 21 July 2018; they seemed to enjoy each other's company. Melissa with her husband in the world premiere of The Equalizer. (Source: Twitter)

However, Mellisa took a break from the showbiz to focus on her kids completely. She returned after her children were a little bit older. She has shared that her kids encouraged her back to acting.

Born on September 26, 1962, Melissa Sue Anderson started her career as a child artist, working in several commercials. She got motivated to act after she joined the acting class and her dance teacher urged her parents to find an agent for Melissa.

After working in commercials, her demand excelled for other television roles.

In 1972, this Berkeley native was featured on the television show “Bewitched.” Later, at the age of 11, the young star got the breakthrough role of her career as Mary Ingalls in Little House on the Prairie in 1974.

For the same role, she also earned the nomination for Best Leading Actress in a Drama Series and won the award for her work in “Which Mother is Mine?”

The cast and crew of the Little House of Prairies reunited in 2014 on a Today show. All the casts were present except for Michael Landon, who died after his battle with pancreatic cancer in 1991.

Talking about her big-screen credits, she has appeared in several films starting with Happy Birthday to Me in 1981. Then, she portrayed the role of Jennie in the movie Chattanooga Choo Choo in 1984. Four years later, she made her appearance in the film the Far North as a young nurse.

Dead Men Don't Lie, Killer Lady, Crazy Eights, Marker 187, Veronica Mars The Con Is On are some of the other movies she has appeared in. But since 2018, she has not been a part of any silver screen.

Aside from her acting career, she published an autobiography in 2010 called "The Way I See It: A Look Back at My Life on Little House," which is based on her years as a child star and includes behind-the-scenes details about the star and other cast members. Melissa shares her experience of being a part of My Life on Little House. (Source: amazon)

Melissa's net worth is expected to be about $1.5 million in 2022. So even though we don't know what she's up to or where she is now, we wish her a pleasant future.

Stay tuned with us for more updates on Melissa Sue Anderson!