Merrin Dungey, Married Actress With Husband, Why She Left 'The Resident'?

By LRU Writer | On: October 02, 2018
Merrin Dungey, known for her role in The Resident, has now left the series after...turns out she now has...which has led her to leave the series. Apart from her career, she is already married...she shares the marital bond with her husband...they exchanged the wedding vows back in...adding to it, they even share...children together... 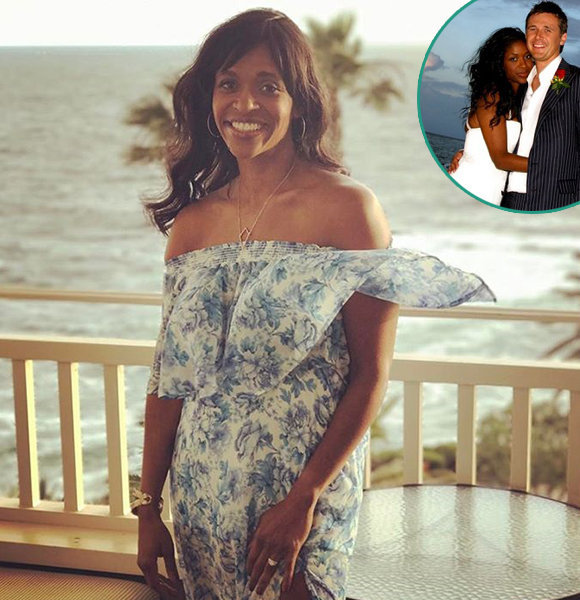 Merrin Dungey, American actress, known for her role as Kelly Palmer on the television series The King of Queens, is having the big changes in her career as she left her role in Fox's The Resident right after its rookie season.

Well, the actress holds her own reason of leaving The Resident after the successful completion of its first season.

Whatever the reason, the married actress is left with more time on her hands for spending time with her husband and children. She might be making new memories with her British husband while she is gearing up for her upcoming project, ABC's new legal drama series The Fix.

A Decade Of Married Life; Blessed With Children

While the Summerland actress, Merrin Dungey's blessed with a glittering acting career, she is equally blessed with a blissful family life with her husband and two children.

Merrin, age 47, is married to the love of her life, her husband, Mattew Drake. The actress and her British husband have been together for almost a decade since they exchanged their wedding vows back in 2007.

However, she failed to mention more details about her husband but it seems that she is really glad having him as a hand in making the @okgo video back in 2016. Likewise, once in her tweet, she also mentioned that her husband making the bed is the best thing that he can do which she regards as the sexiest one.

Meanwhile, she even shares two children with him. Indeed, Merrin is blessed with two beautiful daughters who often makes appearances on her social media. Merrin has been posting pictures with her daughters on her Instagram as they spend a quality family time together. You May Also Like: Tika Sumpter First Baby Love; Baby Father & Husband To Be An Actor?

Moreover, her kids have also visited her on the set of her new legal drama series The Fix. Well, they sure are the cute babies of their proud mother.

Reason Behind Leaving The Resident

While Fox was ready to come forth with their new medical drama series beginning in early 2018, the executives were facing some sort of disagreement while casting for the role of CEO Claire Thorpe.

In the beginning, they went for Moran Atias during the show's re-casting. Later, they opted to go with Moran for a new series and signed in Merrin Dungey, who has a net worth of $3 million, for the role of Claire, the hospital pragmatic who is solely focused on the financial health of the hospital.

The Resident's executive producer and showrunner Todd Harthan spoke of Merrin and her role saying,

“Merrin Dungey will play hospital CEO Claire Thorpe, a tough, pragmatic businesswoman, not a physician, solely focused on the financial health of the hospital she oversees. She plays a reimagined version of the character played in the pilot by Valerie Cruz.”

The show went smoothly for its first season but before the second one even began, three of the casts were taking their way out of the show. The show-leaver included both Moran and Merrin followed by their fellow cast member Melina Kanakaredes, who portrayed as incarcerated oncologist Lane Hunter.

Don't Miss: Marie Avgeropoulos Has A Thing For Dating And Turning Co-Stars Into Boyfriend! Any Chance She'll Get Married To Any?

Merrin leaving the show was foreshadowed on the screen with the end of the series's rookie season as she had landed herself in a new job. She is set to appear on ABC new legal drama series The Fix. Well, her departure was not much of a surprise as the news of her casting was already flying around in the media.