By LRU Writer | On: September 03, 2019
Michael B. Jordan’s career in the showbiz started with modeling gigs at Toys “R” Us. Although the former...Michael’s dating life has come under intense scrutiny since his meteoric rise in Hollywood. He was rumored to be dating...Michael was born to parents; father Michael A... 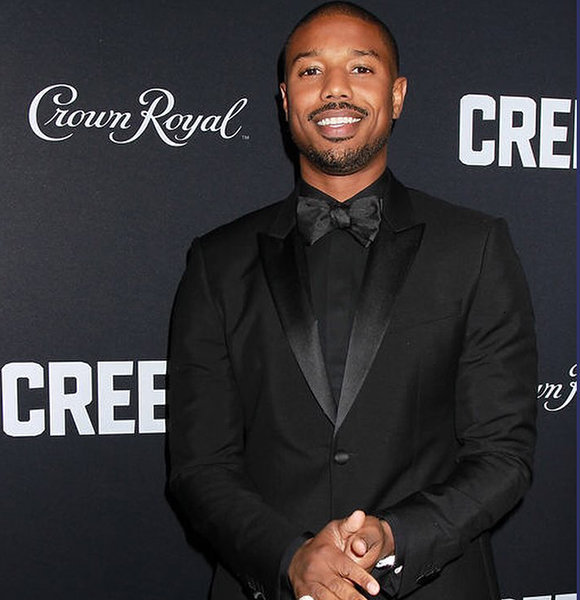 While child actors are often adored by the audience, only a handful are successful enough to maintain their stardom as adults.

A forme child model-actor himself, Michael B. Jordan’s career in the showbiz had started with modeling gigs at Toys “R” Us. He later became part of TV shows, namely, Friday Night Lights and All My Children.

Michael breakthrough in acting came in 2018 but not as a protagonist.

The hunk catapulted to fame via his portrayal of antagonist Erik Killmonger in the Oscar-nominated superhero movie, Black Panther. Since then, he has been part of major Hollywood movies like Creed II and Just Mercy.

Michael’s dating life has come under intense scrutiny since his meteoric rise in Hollywood. He was rumored to be dating the Instagram model, Ashlyn Castro in 2017. The pair added fuel to the conjecture when they were seen partying and cozying at St. Tropez club in July 2018.

Despite the visible chemistry and closeness, Michael remained mum about his rumored wife-prospect. When asked about his relationship status later in 2018, the actor revealed that he was single.

The actor’s reply hinted that he and the Instagram model had broken up. Or, it could be the case that they were hanging out but were never serious about the relationship

Amidst the drama about Ashlyn in the actor’s life, another rumor hit his dating life. Well, he got linked to his Black Panther co-star, Lupita Nyong'o, who portrayed Nakia in the film. It so happened that his social media interaction with the Oscar-winner actress caught people’s attention. Further, their natural chemistry during Black Panther’s award season run added fuel to the dating conjecture.

However, Michael cleared the air while talking to Entertainment Tonight in January 2019 that he and Lupita were old friends.

Interestingly, the actor was caught by paparazzi out and about on a date with Victoria’s Secret model, Cindy Bruna in May 2019. But, it is unclear how his date went and if the two went on another date.

Along with being linked to beautiful ladies, Michael has also been hit by gay rumors. However, the Fantastic Four star has maintained that he is straight and an ally of the gay community.

The actor urged Warner Brothers and helped them draft an inclusion policy starting 2019. The agreement meant the presence of a member of the LGBT community, women, and people of color in every department in the studio’s projects.

The Jordan siblings’ father worked as a caterer; whereas, their matriarch was a high school career counselor and an artist. The Jordan couple led Michael to a career in showbiz via supporting him in modeling gigs. Gradually, the actor found his calling in acting and made a name for himself in Hollywood.

The actor made his parents proud when he bought them a house in Sherman Oaks, California in 2016.