By LRU Writer | On: October 17, 2018
American actor and comedian, Michael Rapaport, is a married man to his wife...they tied the wedding knot back in...prioir to their relationship, Michael shared the marital bond with...they exchanged the wedding vows back in...but parted ways in...they even shared...kids making them a family of... 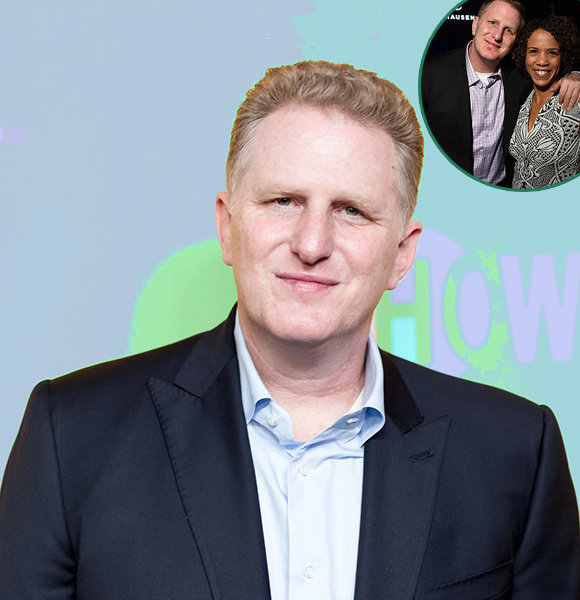 American actor and comedian, Michael Rapaport, appeared in over sixty films since the early 1990s. While he is off to set stealing hearts, he has his wife longing for his presence.

Indeed, he is already married and shares two years of marital bond with his wife. However, his marriage to his current wife is not the first one for him as he has been married before but parted ways with his former wife after almost seven years of togetherness.

Prior to tying the wedding knot, he was involved with his ex-girlfriend who complained that Michael harassed her after they parted ways.

Michael Rapaport, who has also starred on the sitcom The War at Home, shared romance with his former girlfriend Lili Taylor. The couple broke up after a while but their split turned into a messy harassment case.

Lili complained to police that Michael harrassed her calling her 21 times in four days even though she requested him to leave her alone. She said that Michael wanted "to get back with" her but his actions left her "seriously annoyed."

Adding to it, she even divulged that he once came banging in the apartment on the window at around 1 a.m. in the morning. Lili was forced to call the police and had Michael arrested back in May 1997.

Michael admitted harassing Lili while Acting State Supreme Court Justice Arlene Goldberg issued a protection order for Lily. In the same time, he directed Michael to stay away from her.

Michael was spared jail time but was ordered to seek counseling two times a month which would last for a year. Adding to it, the order even stated that if he violated any of the conditions he could face s year behind the bars which fortunately he did not.

After his messy end with his ex-girlfriend, Michael found love again. He was involved with Nichole Beattie which ended up in a marriage. The couple exchanged the wedding vows back in 2000. Nichole filed for a legal separation back in 2004 while seeking spousal support through the papers. She even requested for a joint custody of their two kids. According to the petition she signed, the cause for the separation was cited as the irreconcilable differences.

Later in 2007, the pair officially parted ways with their finalized divorce. With the end of the romance with Nichole, Michael rekindled his romance with Kebe Dunn with whom he shared the love while they were dating back in 90's. Their romance quickly turned into lifetime commitment after the pair was announced husband and wife back in 2016. Since then, the pair has been going strong with their marital bond.