By LRU Writer | On: February 26, 2020
Michael is married to actress and producer Eva Marcille...As per the site Celebrity Net Worth, Michael's...details on the job of Michael Sterling... the age of the lawyer...The attorney's wife is also a recurring contestant in TV shows such as...The same year, in December, he proposed Eva with a diamond ring...A year later, the pair welcomed their second child 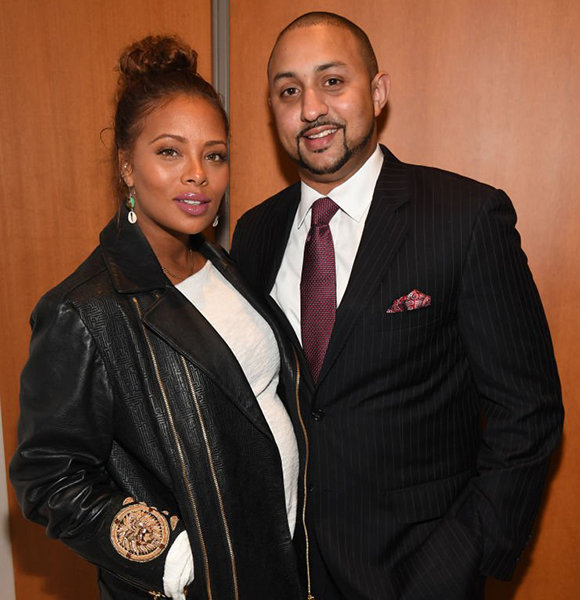 Michael Sterling is an established attorney at the law based firm named Michael T. Sterling. Prior to running his current firm, he held the position of Senior Advisor to Mayor of Atlanta.

He worked as the Assistant United States Attorney in Chicago, Illinois, from 2009 to 2011.

Michael is married to actress and producer Eva Marcille. The two first met in Atlanta, Georgia, and began dating in 2017.

The same year, in December, he proposed to Eva with a diamond ring. And his fiancee confirmed the engagement among her fans with an Instagram post on 26th December 2017 showcasing her diamond engagement ring.

Eventually, he tied the knot with Eva on 8th December 2018 in a private ceremony in Atlanta. The lawyer's wife donned a strapless Galia Lahav ballgown during the ceremony. The auspicious day was also aired in the 12th season of Real Housewives of Atlanta (2008).

Michael and Eva are parents to their two sons. Their eldest son, Michael Todd Sterling Jr., who was born on 13th April 2018. He weighed 7 pounds 3 ounces during his time (5:59 P.M) of birth.

Besides being a father to two sons, Michael also shares the responsibility of his stepdaughter, Marley Rae. Marley (born in 2014) is the daughter of his wife, Eva, from her relationship with her ex-boyfriend, Kevin McCall.

Michael's partner Eva is an actress with several TV shows and movies to her credit. She made her career debut in showbiz after appearing in an episode of the show Live! with Kelly (2004).

The attorney's wife was also a recurring contestant in TV shows such as America's Next Top Model (2005), Black Poker Stars Invitational (2008), and The Real Housewives Of Atlanta (2018).

As per the site Celebrity Net Worth, Michael's net worth is $4 million.

Facts About Michael Sterling Including Age: