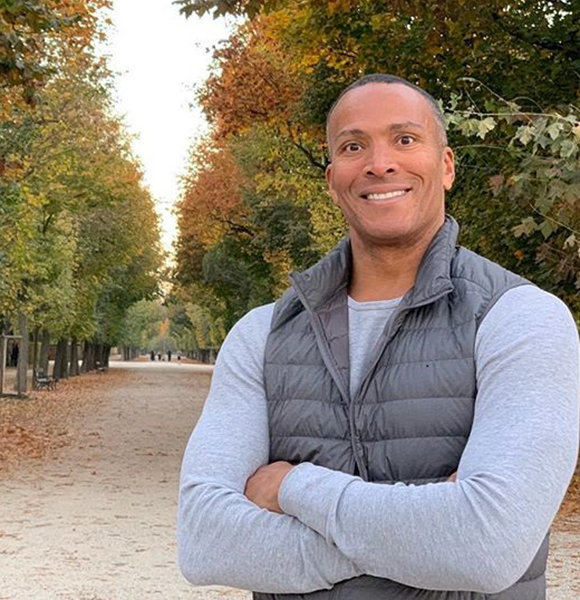 With his career in line, the star was diagnosed with cancer, so what happened?

Did he leave his flourishing career?

Serving in the channel for almost two decades, Mike has been a prominent figure on the channel. However, his career has hit a sudden break post his traumatic cancer diagnosis.

Despite his health struggle, the FOX 5 fitness enthusiast Mike has a physique to die for.

However, despite his love for workouts and a proper diet structure, he was caught in the grasp of a deadly disease.

The WNYW star shocked his viewers when he decided to post his cancer announcement live on air on 8 May 2018. “In going through this whole process. I realized it is going to be very important for me to not only go through this myself but also to share my story.”

In a video with Dr. Oz., Mike further discussed his diagnosis of prostate cancer.

He revealed a surprising fact about how his grandfather, father, and uncle all had suffered from prostate cancer and passed away after their surgery.

Although, Dr. Oz had some reassuring words for Mike.

“That’s probably most shocking. You’re a stud, you’re hit, you don’t have the typical risk factors.”

However, soon after his announcement, Mike underwent surgery at the Memorial Sloan Kettering on 9 May 2018.

Following his ongoing battle with the said disease, Mike took some time off work as he continued to recover from his surgery.

You May Also Like: What Is Bodybuilder Ronnie Coleman Age 54 Doing Now? Surgery Talks

Mike, with his long family history of cancer, has seen some extremely emotional times with his parents and grandparents passing away from the disease.

This has thus inspired Mike for his charity works, where he has collected funds over $10,000 for the Leukemia and Lymphoma society through a charity program.

Now back in the game and with his amazing roots of work, the star has reinstated his position as a weather authority from Fox 5's Good Day New York.

Moving forward with his amazing career, the star forecaster has been surrounded by rumors regarding his sexuality, tagging him as a gay man.

The handsome star Mike has been featured in several magazines for his outstanding physique, including Muscle and Fitness magazine.

This inclusion of his on the list has thus gone unnoticed.

After joining Fox 5 NY in June 2001, the star has been receiving popularity and gained a massive fan following.

Even though the star has been surrounded by media and fame, Mike has been very secretive about his romantic life.

With all the secrecy, there has been an ongoing rumor which tags Woods as a gay man.

The rumor initially started when Mike was allegedly spotted in some gay bars.

Well, that cannot be the only reliable source, isn't it?

As the star has not commented or provided any statement regarding the gay rumors, therefore it cannot be justified.

With questions like "Is Ines Rosales Married to Mike Woods? Who is Mike Woods Wife?"

Apart from his gay rumors, Mike is also rumored to be involved in a romantic relationship with his FOX 5 co-anchor, Ines Rosales.

The duo has been spotted together on several occasions, including various public events, and their enactment of the kiss-cam situation acted as fuel to the fire. Well, together or not, the alleged boyfriend and girlfriend have not come forward with any statement regarding their relationship.

With patience, all we can do is follow the star's social media, where he posts his adventures frequently.

In that case, the star will surely announce, and that is if he wants to, about his future relationships with his future wife or girlfriend.

Adding to his adventures,

An accomplished triathlete, Mike, in his two-decade-long journalism career, has won several awards to justify his outstanding work. His career highlight comes in the form of his 72-hour-long covering of the Irene Hurricane.

See Also: Former Fox 5's Amanda Davis Life Too Messy To Have A Married Life With Husband In It? All Of Her Struggles Revealed

Woods, following his amazing career at Fox 5, has bagged in some huge salary returns.

With his salary figure estimate ranging around $94k per annum, Mike, thankful to his career longevity, has been able to accumulate an estimated net worth of $2 million.