By LRU Writer | On: October 14, 2019
Mimi Keene is making a distinctive shift from being a televison actress to a blockbuster in the...fans are lucky she has not opened up on a relationship with a...from being in a relationship on screen, the two were also spotted enjoying quality time during the...father consistently supported her, and she joined... 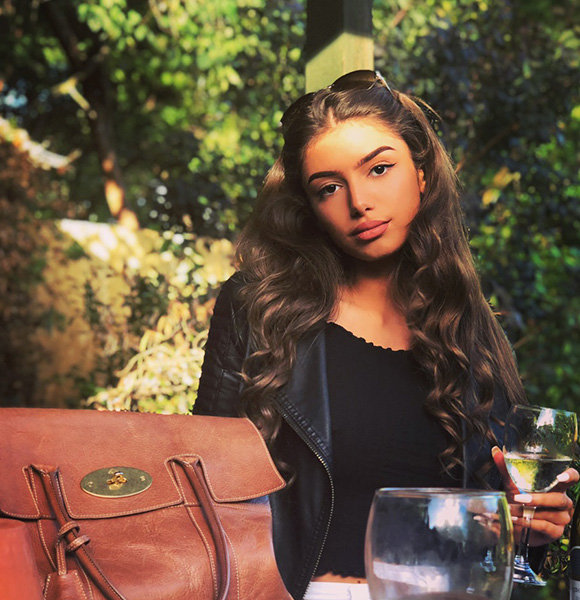 A fresh face in the entertainment business Mimi Keene is making a mark as a TV actress in Hollywood.

Having learned the traits of acting from Italia Conti Academy of Theatre Arts, her first work came at The Royal Court Theatre in London. Now, the learned actress is landing versatile roles in TV series and movies alike.

It is normal to be chased by media and paparazzi if you are one of the young and beautiful emerging actresses in the film industry.

People continuously keep their eyes and ears open so that they can peek into the personal life of their favorite actor and actress.

The same curiosity surrounds Mimi Keene's dating life. However, she has not opened up on a relationship with a boyfriend as of yet. Though the EastEnders actress showcased her love affair with TJ Spraggan -portrayed by George Sergeant in the series-, she isn't in a relationship in her real life.

Interestingly, the on-screen couple became reel parents to a child in the series.

Apart from being involved romantically on screen, the two were also spotted enjoying quality time during the shooting break in January 2014. But, they are just good friends outside of work.

As of 2019, Mimi is not dating a boyfriend, and it may take a while for her fans to see her with a partner, given her low-key dating life.

Mimi Keene was born in England alongside a brother in a family of four. Ever since she was a child, she was into art and stage play. Her father consistently supported her.

No wonder later the actress joined Italia Conti Academy of Theatre Arts to sharpen her skills. Mimi- height 5 feet 3 inches (1.60m) - had acting skills that were through the roof. In no time, she got the opportunity in the stage play, Kin aged 12.

Likewise, she also appeared in the commercials for UK-based fashion company Matalan. Finally, in 2013, she broke out with the role of Cindy in the British Soap Opera EastEnders.

Now the 21-year-old is starring in the Netflix series Sex Education as Ruby and fans are loving it.

Mimi Keene first appeared on-screen as a child actor in the comedy series Sadie J in 2013.

Later, she went on to be part of the famous soap opera, EastEnders. She even got nominated for Best Young Performance and Best Young Actor for the same. But, she still has a long way to go.

Just aged 21, she has a lot to face in the upcoming days. Saying that one of her major motivating factors must be her median $50K salary as an actor.

In addition to that, Mimi accumulates a decent net worth from ads, commercials, brand endorsements, etc.