Is Molly Parker Dating Again After Divorce With Husband?

By LRU Writer | On: December 27, 2019
Molly Parker is one of the most talented and versatile Canadian actresses...not sure if she is dating anyone right now...was married to director Matt Bissonette...divorced her husband after 14 years...her age is...was raised by parents alongside...her height and net worth stats are given below... 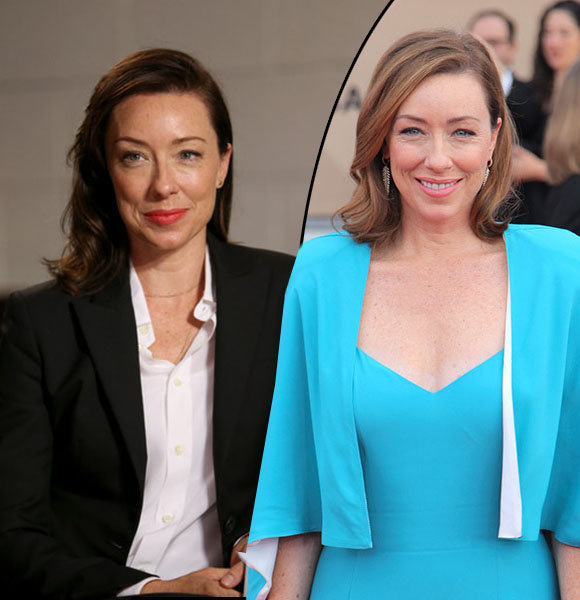 Molly Parker is a Canadian actress who is most known for her role as Jacqueline Sharp in the hit Netflix series House of Cards (2014-2016). She was also seen portraying Alma Garret in the HBO series Deadwood (2004-2006).

Molly began her professional acting career from a small role in the 1991 TV movie Silent Motive. However, it didn’t take much longer for her to gain public attention.

After four years of making her debut, she was cast on the role of Lynette in the TV movie Serving in Silence: The Margarethe Cammermeyer Story in 1995. Although the movie was controversial, it only served to give Molly’s career a vital push towards success.

Today, the actress is just one short of reaching 100 acting credits. Along with acting, she has also involved herself in other parts of cinematic productions such as writing, producing, and directing.

Molly was in an unconventional relationship with director Matt Bissonette. The couple had been married for a long time but lived separately halfway through their marriage.

Molly and Matt tied the knot in 2002. And their marriage was seemingly going well till 2006; she gave birth to their son - William Strummer Bissonette - on 13th October 2006 in Los Angeles. However, things went south after the birth of their son. After three years since William was born, in 2009, the couple started living separately. It was as if they agreed upon a divorce even before their divorce reached the courts.

And it took Matt seven years after living separately to file for divorce with Molly. Molly’s husband filed for divorce in October 2016. He stated in the divorce documents that ‘irreconcilable differences’ was the reason for their split, and also filed for joint custody of William.

It was reported then that their divorce proceedings were going smoothly in 2016, and that there were no assets between the two former spouses to be split.

It is not known whether their split has yet been made legally official. However, it looks as though Molly has already moved on from the marriage.

The House of Cards actress said the following during a 2018 interview with The Globe and Mail:

When my boyfriend really wants to bug me, he calls me ‘House of Cards Molly Parker.'

While it isn’t clear whether she is still with her boyfriend or is single now, Molly has surely put her marriage in the past.

Molly has been involved in the show business since 1991 and has done various highly-popular and well-received movies and TV shows during her time.

This lengthy and successful acting career has moved her net worth to a respectable $2 million.