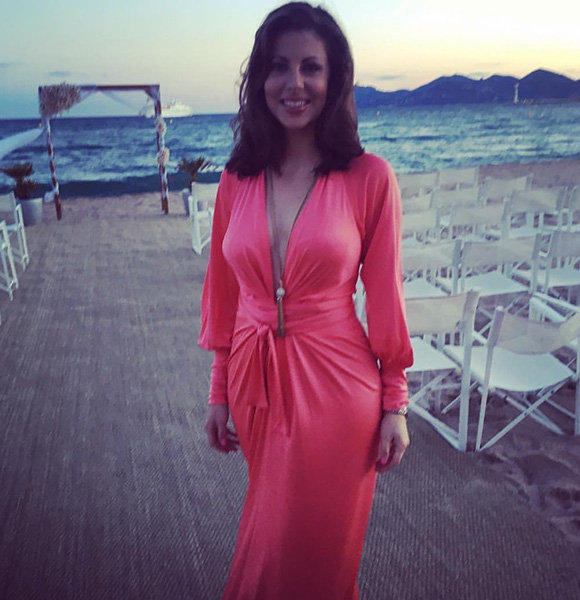 The founder of Global Opportunity (GO) Advisors, Morgan Ortagus, mostly spends her time working for the US government and traveling around the world.

Morgan is a shining example of women's empowerment who also manages her personal life perfectly. She and her husband have been married for almost a decade, and their marriage shows no signs of discord.

Morgan, who is at the height of her profession, enjoys a successful marital life. She married Jonathan Ross Weinberger on May 25, 2013, by Associate Justice Ruth Bader Ginsburg at the Supreme Court in Washington, DC. Morgan and her husband Jonathan got married by the Associate Justice on May 25, 2013 (Photo: Bridalbubbly.blogspot)

Rabbi Kenneth B. Block later blessed the partners in a Jewish wedding held at the Four Seasons Hotel in Georgetown. Several friends and family attended their wedding reception. Morgan, who wore a red gown at her wedding, shared in her tweet that she danced with her husband in 'Lady In Red' as their first wedding song.

Jonathan, Morgan's husband, is the vice-president of Veedims, a business with headquarters in Washington that creates power and data-control systems for cars and buildings.

Morgan's husband lovingly calls her Bella. Morgan and Jonathan are happily together and often flaunt their love on social media. On May 25, 2022, they recently marked their ninth wedding anniversary.

For their special occasion, Morgan wrote,

Happy 9 year anniversary (and 15 together) to my sweetie! And thank you for reminding me this morning that it’s our anniversary.

This sweet couple has been together for a long time and is blessed with a beautiful baby daughter, Adina, who was born in 2020.

Morgan frequently shares adorable photos of her child with her fans. Also, on Father's day, Morgan shared an adorable picture of her hubby and daughter on her Instagram. Morgan sent wishes to her husband and all the dads on Father's Day. (Photo: Instagram)

Before her marriage to Jonathan, Morgan was previously married to Joshua Dobbs. The couple later divorced, and not much about Morgan's first husband and marriage has been disclosed in the media.

Before this, Morgan used to work at Standard Chartered Bank as a Global Relationship Manager, managing clients in Asia, Africa, and the Middle East. In addition, according to sources, she serves in the US Naval Services as a Reserve Officer.

Morgan has also worked as an intelligence analyst in the Treasury division of the Office of Intelligence and Analysis for two years.

Morgan, a US citizen, began her career in public administration as a public affairs representative for the US Agency for International Development. She went to Baghdad, Iraq, in 2007 and worked for the US government there for several months.

Additionally, in 2010 she was sent to Riyadh, Saudi Arabia, where she collaborated with the Saudi government.

Morgan, who yet has a decent height and a lovely figure, is active in several other groups, such as the Institute for the Study of War's Advancement Committee, the Friends of the American University of Afghanistan, Maverick PAC, the CNAS Council, the Elizabeth Dole Foundation, and many others.

Morgan, a Johns Hopkins University alumna, finished her studies at the age of 30 with a double master's degree in business administration and government. She also graduated from Florida Southern College with a bachelor's degree in political science.

With her successful career, she has been able to balance her personal and professional lives perfectly.