Who Are Morris Chestnut's Wife & Kids? Family Details and More 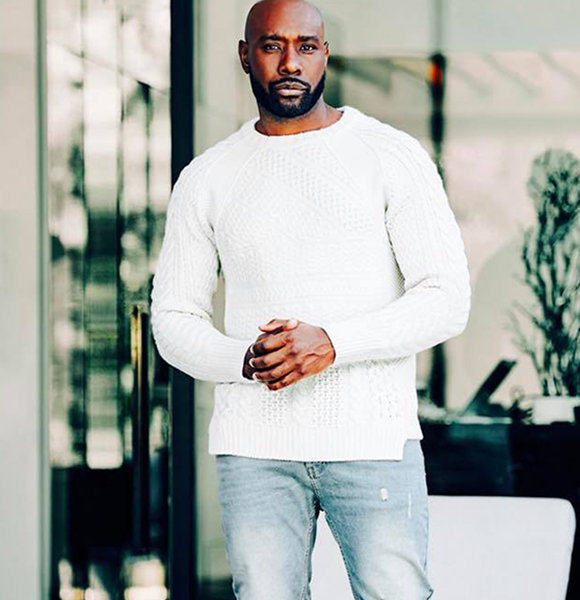 But every one of the said chemistries pales in comparison when placed next to the California native's history with his wife, who also happens to be the mother of his kids.

So the question arises,

Who is Morris Chestnut's Wife?

It was love at first sight -- well, at least for Morris!

On a work-related trip to Atlanta some quarter-century ago, he ran into his soon-to-be partner, Pam Byse, in a club. The moment he first laid his eyes on her, Morris instantly fell for his wife, knowing then and there that she was the one for him.

Learning about her in detail from a mutual friend, the star started to fall for his wife even more. It was not until Morris saw how well Pam got along with her nephews and nieces, convincing him into starting a family with her.

Married in the summer of 1995. Morris and his spouse went on to have two children: a son, Grant Chestnut, and a daughter, Paige Chestnut.

Adding on to his amazing partner's part, Paige is an aspiring Runway model managed by an LA-based agency, Rode Model Management. With a height of five feet and nine inches which she seemingly inherited from her father.

Another Successful Actor With Fulfilling Family Life:- Joel McKinnon Miller Wife, Who Is He Married To? Family, Net Worth, Height

Extremely faithful to his wife, the former Living Single star has also fallen into gay speculation amid his fame. But the actor has not provided any statement or addressed the said gay rumors making them baseless.

When asked, Morris cites mutual respect between the two for the longevity of their marriage and his kids for keeping him grounded. Chestnut Alongside His Partner and Their Kids (source: Instagram)

Even after 27 years of togetherness, the family is still happier than ever, and the couple is very much in love. ''My wife Pam held it down for years at home while I pursued my career. My mother, Shirley, was the quintessential working mother while raising three kids. Mothers are truly Gods blessings. To all Mothers and anyone who “Mothers” others - #happymothersday''

A graduate from California State University, Morris, now age 53, came to prominence in the early '90s by starring in the now-classic project Boyz N The Hood.

And over the years, he has been a part of over 55 films, both as the lead, and as the supporting character; some of his famous projects are Higher Learning, The Brothers, The Best Man, Think Like a Man, and The Best Man Holiday.

His TV appearances are just as impressive. Starring in TV shows such as Freddy's Nightmares, Out All Night, C-16: FBI, V, Nurse Jackie, and Rosewood.

Adding on if we talk about his recent projects, they include The Best Man: The Final Chapters, Our Kind of People, The Resident, The Enemy Within, Being Mary Jane, and Goliath.

For all his dedication and sacrifice, alongside his supportive parents, Shirley Chestnut & Morris Chestnut, Sr., Chestnut's birthday falls on the same day as the New Year's Day - has amassed a reported net worth of $6 Million, according to Celebrity Net Worth. and made

Witnessing the star's ongoing successful career and happy family life, we cannot wait to update you guys more on him!